Cars that will see

By Ian Johnson on 2017-07-11 - Ian has been a member of Driving Force since its inception. He began his career in journalism in 1962 on the Cheshire Observer and took over the paper's motoring column in 1966. Specialist areas include classic cars, product launches and automotive comment. 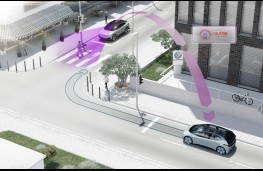 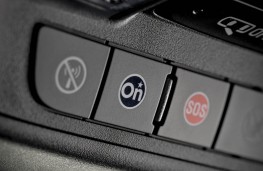 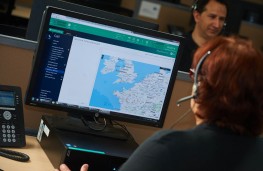 AS a child of the late 1940s and 1950s I perceived communication between vehicles on the road to be a rather hit and miss affair of approved hand signals and other imaginative gestures, the meaning of which I had no conception at such a tender age.

The most advanced device was the trafficator, a strange yellow illuminated banana shaped object that flipped out of the side pillar of some of the more modern vehicles of the time, to indicate the course the driver intended to take. #

Clever for the day and age, but a lot of the time it just failed to operate.

But now we are light years ahead of such primitive technology with cars that can communicate to assistance centres, crime trackers and much more.

Only recently a stolen Vauxhall was quickly reunited with it owner thanks to Vauxhall OnStar, the personal connectivity and service assistant that includes stolen vehicle assistance.

Having parked up outside his workplace in central Glasgow, the car owner was forced out of his vehicle by a thief, who stole his new Vauxhall Astra. But with OnStar it had a GPS locator that would help recover the vehicle.

Working directly with the OnStar team, the police found the car at a petrol station four miles away and apprehended the offender.

OnStar's stolen vehicle assistance feature also allowed the operator to deactivate the ignition by remote control when the thief turned off the engine, giving the police the opportunity to recover the vehicle undamaged.

Virtually every day new aspects of onboard vehicle connectivity surface including a new development from the VW Group which enables connectivity between different vehicles with the aim of reducing road accidents.

The system called pWLAN serves as an additional communication technology for the exchange of selected information relevant to traffic between cars made by different manufacturers. This will involve information being exchanged both between vehicles, as well as between vehicles and the transport infrastructure.

Using this technology it is possible to share information about the current traffic situation, warnings or even sensor data with the local environment within a few milliseconds. This extends the vehicle's coverage by several hundred metres, virtually making it possible to look round the corner.

The technology gives customers an added advantage, as it uses a special frequency band intended for road safety and traffic efficiency. Thanks to the localised nature of data exchanged using this band, no data is stored centrally, meaning that there are no ongoing communications costs and it does not rely on mobile phone network coverage.

Within the limits of the system, the new technology is capable of identifying potential traffic hazards. Examples would include a car making an emergency stop or the on-board sensors detecting black ice. Within a few milliseconds, this information can be shared with the local environment, allowing other road users to react to this risky situation appropriately.

Once police forces and emergency services are also equipped with pWLAN technology, it will be possible for drivers to receive advance information on how far away approaching emergency vehicles are and the direction they are travelling in - often long before the vehicle can be heard or seen.

Yes, back in the golden years of motoring the thought of a car that could see around corners wouldhave beentreated with derision. 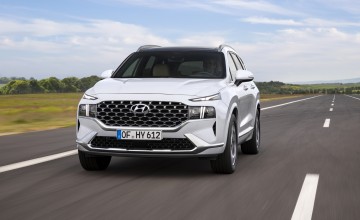