By Lee Gibson on 2017-07-22 - A journalist with nearly 30 years of experience on some of the biggest regional newspapers in England and Wales including the Birmingham Mail, Express & Star, Western Mail, the Sunday Mercury and Wales on Sunday. He currently edits the Sunday Mercury motoring pages as well as contributing to Eurekar. 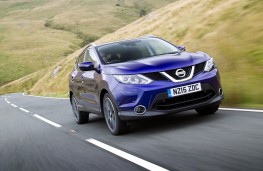 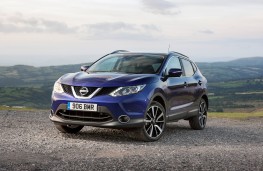 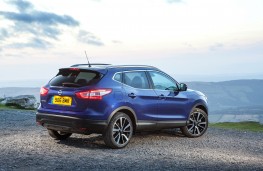 THE phrase ‘game changer' is often bandied about somewhat cheaply these days - but there can be no doubt that it is entirely justified when applied to the Nissan Qashqai.

Blurring the boundaries between hatchback and SUV, this is the car that kick-started the crossover boom when it launched a decade ago - redefining the family car market almost overnight and spawning an avalanche of copycats.

Now in its second generation and about to get an update, the Qashqai is still the ubiquitous benchmark for the class, with its elevated ride height, bold curves, clean lines, plastic cladding and bulging wheel arches proving as popular as ever.

More than 2.3 million have been sold in Europe, 3.3 million globally, and one rolls off the production line every 62 seconds at Nissan's state-of-the-art Sunderland plant.

Five well-equipped trim levels and four engines - two available with an optional automatic transmission - mean there is a Qashqai to suit pretty much all family budgets and needs.

Four-wheel drive is available with the most powerful diesel engine but front wheel drive versions account for the vast majority of sales, with very few ever likely to tackle much more challenging terrain than a few urban speed bumps.

According to Nissan, the 1.5-litre diesel version in N-Connecta grade that I drove is the top choice with buyers - and it's easy to see why.

The diesel power pack offers a great balance of durability and fuel economy while mid-range N-Connecta specification includes plenty of bells and whistles.

The engine is smooth and refined and is more than up to the challenges of urban traffic while also cruising along nicely at motorway speeds.

Official average fuel economy of more than 74 miles per gallon will also mean infrequent trips to the pumps, even in real-world driving conditions.

With well-weighted and accurate steering coupled with a well-balanced suspension, the Qashqai handles surprisingly well for quite a big car - the current version being wider and longer than the original.

Body lean in bends is well controlled and the clever chassis does a great job of flattening out all but the worst imperfections in the road surface, even applying subtle braking to individual wheels to help avoid too much bouncing around when hitting large potholes or similar obstacles.

All of which makes the Qashqai a very settled and relaxing car to drive.

Inside, the use of some high quality materials and clever packaging create a cabin which shows premium aspirations as well as offering plenty of space and practicality.

There's good head and legroom all round and five adults will be comfortable on all but the longest journeys, with sufficient storage cubbies provided to cope with personal items, drinks etc.

At 430 litres, the boot is more than big enough for family demands and boasts an adjustable floor that eradicates the load lip and the step created when lowering the 60/40 split rear seats for extra loadspace.

It even slots into a vertical position to divide the boot in half, preventing smaller items from being thrown around so much.