By Patrick James on 2017-07-29 - The author has been a motoring writer for more than 16 years. Formerly motoring editor at the Coventry Telegraph, he now produces motoring copy, on new car launches and road tests on a freelance basis. 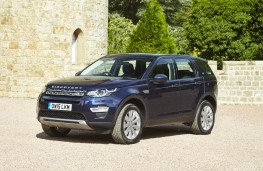 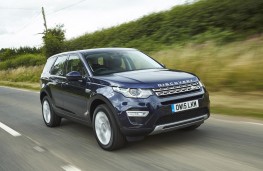 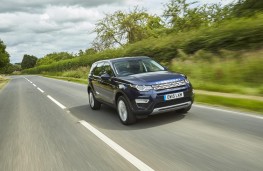 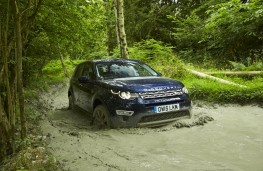 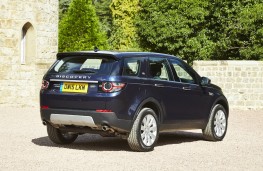 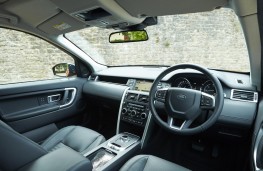 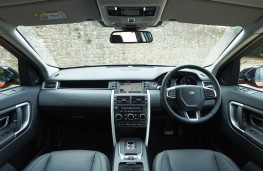 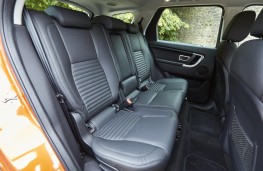 THE Discovery Sport is yet another clever variation on established theme from JLR, a company playing a blinder across the world with both the Jaguar and Land Rover brands.

The 'mini-Discovery', an upgrade and improvement on the old Freelander, offers the luxury of a Range Rover, mostly, but at a cheaper price, plus seven-seat practicality and the legendary off-road capability - and if you thought the various towing and traction aids were cosmetic extras, think agan.

Last year in Switzerland the Discovery Sport towed three luxury train carriages with a combined weight of more than 100 tonnes along a railway track. This saw the vehicle pulling what is effectively the same weight as a Boeing-757.

Not only that, it looks great, a world away from previous boxy designs and looks a real compact SUV for the 21st century. Add to this the latest two-litre diesel Ingenium engine and you have almost the complete package

Sleek and stylish, for an SUV, it has a more rounded, slippery shape than previous models, while the privacy glass, unique daytime LEDs running light and 20-inch 'AeroViper' alloys on this all-black model attracted plenty of attention.

That model drives the front wheels only but is still well appointed and offers decent economy and CO2 emissions.

It is currently Land Rover's fastest-selling vehicle, with more than 200,000 units sold globally since its introduction in 2014.

The interior is luxuriously appointed on this model with soft touch finish and brushed aluminium trim, plus some nice red metal inserts neatly offsetting the black finish and full-length panoramic glass roof.

The leather upholstery is classy with neat stitching and the electrically operted seats are either heated or cooled, depending on the weather.

The centrepiece is a 10-inch touchscreen familiar on JLR models which controls sound system, navigation and connectivity via phone, apps or Wi-Fi. It feels a plush and luxurious place to be, particularly this range topper with a full complement of creature comforts.

The interior feels light and roomy with the front five seats in place. The rearmost pair would only be suitable for kids, with access via the sliding middle row of seats. The pop up and down with the click of a button in the boot.

All passengers have access to heating controls and for range-toppers video entertainment is built into the headrests.

Otherwise with the rearmost pair folded. boot space is plentiful and there are adjustable lashing points to keep cargo secure. There also other stowage bins and pockets in the rest of the cabin.

The diesel is a refined beast, with little evidence of clatter and the 180ps of power gives plenty of acceleration, and obviously torque - as witnessed by the pulling a train bit.

Mated to a slick, nine-speed automatic gearbox, drivers can select standard drive mode or sport and use the paddles for a more engaging drive.

One of the most impressive points for me was the handling. For an SUV sitting high off the ground it felt remarkably stable when cornering while the ride was comfortable, if slightly on the firm side.

Take it offload and the Terrain Response system can be selected to tackle sand, mud, gravel and snow - but everyone knows a Land Rover can go virtually anywhere, don't they? 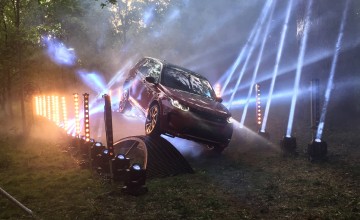 A NEW version of the Discovery Sport has been revealed by Land Rover and...