By Ian Johnson on 2017-08-10 - Ian has been a member of Driving Force since its inception. He began his career in journalism in 1962 on the Cheshire Observer and took over the paper's motoring column in 1966. Specialist areas include classic cars, product launches and automotive comment. 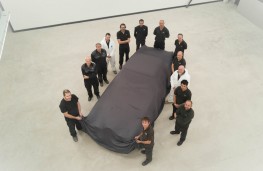 FOR the past two years 13 staff at Classic Motor Cars of Bridgnorth in Shropshire have been working on a top secret project.

The stealthy activity around the workshops has centred on the restoration of a one-off Pininfarina bodied Jaguar XK120 SE which is to be unveiled at the Pebble Beach Concours in California on Sunday, August 20.

For the first time, the team, which had been supported by everybody on company's the 60 plus workforce, have been pictured with the car - "under wraps".

"We always said that we would unveil the car for the first time at Pebble Beach and that is exactly what we are going to do," said Peter Neumark, chairman of the employee ownership trust that runs CMC, who found the car.

He added: "I will have the privilege of taking the cover off the car at the world famous Concours d'Elegance in California and I think that car collectors and aficionados from around the world are going to be astounded by what they see."

The car was first delivered to a Mr Max Hoffman and unveiled at the 1955 Geneva Motor Show. Hoffman was an Austrian-born, New York-based importer of luxury European automobiles into the United States during the 1950s.

He was a real petrol-head and inspired the production and refinement of several vehicles from the main manufacturers, which earned him entry into the Automotive Hall of Fame in 2003.

David Barzilay, chairman of CMC's operating board, said: "Perhaps Hoffman inspired Pininfarina to style and produce such a rare XK? We just don't know, but he was the supplying dealer and then first owner of the car.

"There is little trace of the car's history, but we are certain that there was only one XK120 by Pininfarina produced, which makes this one of the rarest Jaguars in existence."

CMC purchased the car from a German owner who bought it in the USA in 1978 with the intention of restoring it.

Unfortunately, he never got round to it and eventually decided to sell. CMC took on the challenge and its team has spent thousands of hours carrying out a full nut and bolt restoration.

THEY'RE all at it now, Google, Elon Musk and now Dyson - they are all set on... 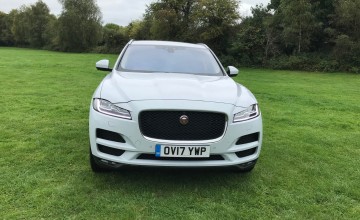