By Lee Gibson on 2017-08-13 - A journalist with nearly 30 years of experience on some of the biggest regional newspapers in England and Wales including the Birmingham Mail, Express & Star, Western Mail, the Sunday Mercury and Wales on Sunday. He currently edits the Sunday Mercury motoring pages as well as contributing to Eurekar. 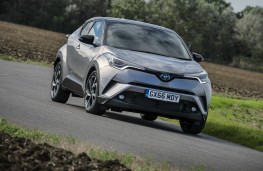 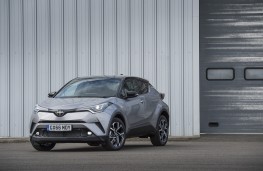 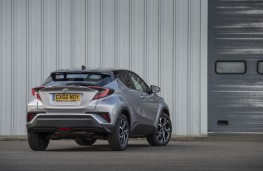 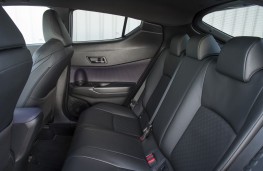 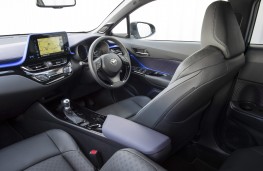 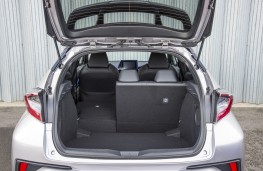 IN the world of increasingly generic car designs it doesn't do any harm to stand out from the crowd - and the new Toyota C-HR certainly does that.

Razor sharp lines and strikingly angular edges give the latest model to enter the burgeoning crossover market a bold and daring look that really sets it apart.

C-HR stands for coupe high rider and the Toyota designers certainly stuck to the brief - with sleek wraparound headlights tapering into a strong shoulder line which rises along the flanks to meet protruding tail-light clusters that could take your eye out.

A swooping roof is finished off with an imposing rear spoiler while it all sits atop the typical SUV-style raised suspension, with muscular wheel arches and plastic cladding aplenty.

Amidst all these concept-car flourishes special mention must, however, go to the rear door handles. These sit at the top edge of the doors, blending into the rear pillar and lending a space-aged feel to the C-HR.

The Japanese designers have worked just as hard on the interior which, although not quite as outlandish, has a fresh, funky and modern feel to it - and represents a big step forward in terms of quality for Toyota.

There is a choice of striking black and blue or black and brown colour schemes or, for the less adventurous, a more standard dark grey theme - but whichever you choose there are plenty of soft-touch surfaces and shiny piano black finishes which create a premium feel.

In keeping with this prestige aspiration, all models come well-equipped with even the entry-level Icon car I drove getting dual-zone air conditioning, eight-inch touchscreen infotainment system with Bluetooth, reversing camera, automatic lights and wipers and electric folding heated wing mirrors.

The striking design means some compromise in space but there is still comfortable room for four adults, five at a push, and a 377-litre boot, with split folding rear seats, is capable of handling most family needs.

Some may find sitting in the back a little claustrophobic, however, due to the small rear windows, while the wide C-pillars restrict the driver's rear view - although the reversing camera compensates for this.

Engine choice is limited to a straight pick between the 1.8-litre petrol-electric hybrid system lifted out of the new Prius, which is sure to be a winner with company buyers, or the punchy 1.2-litre turbocharged petrol unit in this car.

Mated to a compact and snappy six-speed manual transmission, this proves livelier than the 0-62mph sprint time of 10.9 seconds might suggest and will pleasantly surprise more enthusiastic drivers.

The only time it felt a little underpowered was going flat out up hill, when I found myself reaching for the gear lever for a little extra oomph, but otherwise it was refreshingly sprightly.

Built on what Toyota calls its New Global Architecture - also shared with the new Prius - the C-HR also demonstrates commendable agility and stability for a high-riding crossover.

There's plenty of grip and the car takes all but the most extreme vagaries of UK roads in it's stride, staying level in corners and allowing the driver to push on with confidence, well-weighted steering adding to the engaging feel.

Toyota have delivered a fresh new face in the crowded crossover section which, designed specifically for style-conscious European buyers, will ultimately stand or fall by its bold design. 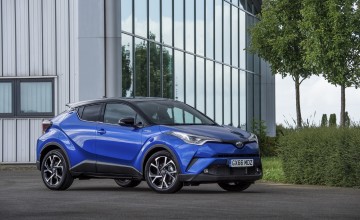 WHEN daring to be different in the automotive industry starts to set trends... 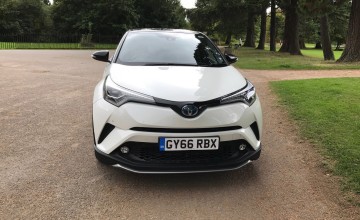 TOYOTA'S striking C-HR crossover put me in mind of its more upmarket and...