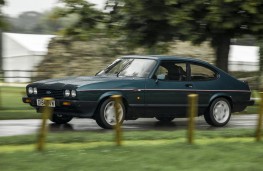 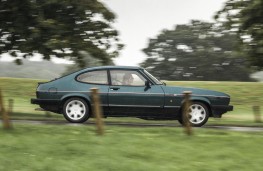 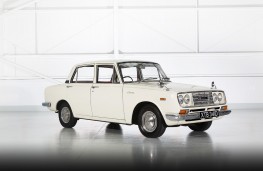 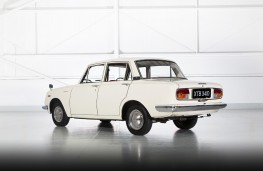 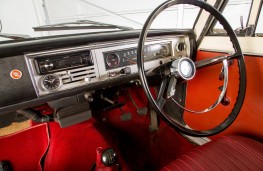 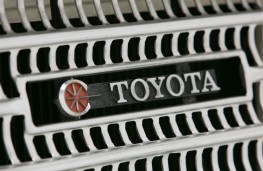 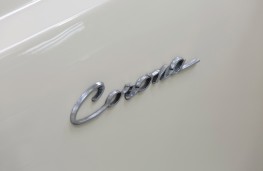 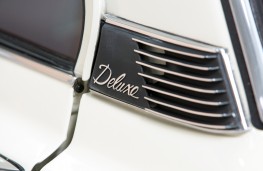 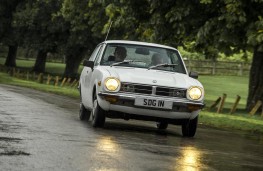 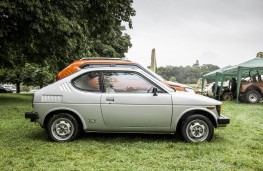 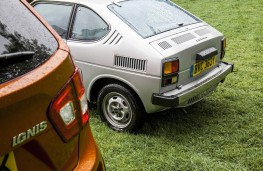 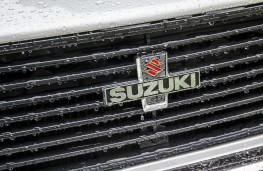 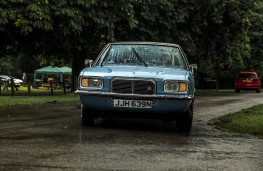 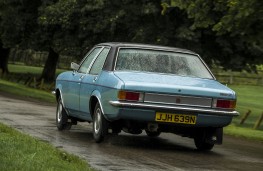 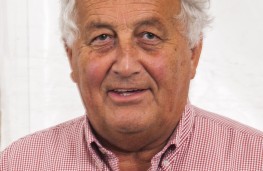 JUST how far car technology has progressed today compared to only two or three decades ago is so evident if any avid motorist has the chance to get behind the wheel of some original models from back in the Sixities, Seventies and Eighties.

Down at the famous Beaulieu Motor Museum in Hampshire I had just the chance to do so and drive some remarkable and well restored cars from yesteryear.

Interestingly, for today's motoring brigade was that most of those heritage models had four-speed gearboxes, manual choke to pull out to get the car started and warmed up, basic radios with Long Wave and what was known then as the Home Service.

Forget door mirrors, most of these cars had wing mirrors positioned at the end of the bonnet on the front wing and basic instrument panels with just a speedometer and heater gauge and no rev counter.

Some though were quite ahead of their time such as the Corona four-door saloon powered by a 1.5-litre four-cylinder overhead camshaft petrol engine capable of accelerating from 0 to 62mph in 16 seconds through a four-speed manual gearbox.

It had the old styled re-circulating ball steering with double wishbone coil spring suspension at the front and live axle, leaf spring on the rear - both long gone in today's cars.

This Corona, which has been expertly restored by the Toyota GB workshop, was well equipped for a car of the late Sixties with standard features like electric windscreen washers, full heater/demister, reversing lamps, two headlights, two-speed electric windscreen wipers and twin horns.

With no power steering then it needed plenty of arm muscle from the driver to turn round sharp corners and parking was a handful.

The four-door Colt Lancer was similarly kitted out and the model I tried was an original 1973 version used at that time on the company's demonstrator fleet.

Again, it was quite ahead of its time with a radio cassette player as standard, plus fully carpeted interior and, yes still with the old-fashioned choke to pull out.

The rear-wheel-drive Suzuki Whizzkid as it was called was brought over to the UK from Japan to compete as an answer to the original Mini and during its time on sale (1977 to 1982) just over 4,000 were sold and remarkably there are still many running around even today.

That is remarkable because the Whizzkid, powered by a four-cylinder 970cc 47bhp petrol engine seriously suffered from rusting in those days but this little box-shaped dinky car quickly became something of a cult car.

It weighed in at only 655kg and drove on 12-inch wheels with an acceleration of 0 to 62mph in 16.2 seconds and is still quite fun to drive but it has to be said on not too a long journey!

There are versions still going around today and recently one was sold for £800 - quite a bargain in reality.

The much-loved Ford Capri still has its fans (including a strong owners' club) and Ford have the last model to come off the production line back in December 1986.

It is beautifully restored and in mint condition thanks to the Ford Heritage workshop team and this Capri with it's 2.8-litre 158bhp petrol engine has a top speed of 130mph - quite a maximum figure for a family style couple of that era.

The 2.8-litre engine replaced the slightly quicker three-litre V6 because the latter failed the then introduced stricter emission regulations and even today the Capri remains a firm favourite.

Initially made at Ford's Dagenham plant then subsequently in Cologne a total of 1,886,647 cars were produced between the original launch in 1969 and the end of production in 1986.

Complete with full carpeting inside plus a radio/cassette and an excellent heating/ventilation system - something Ford has been renowned for over many years in most of their new cars - this renovated model will bring back fond memories for many drivers who probably drove one in the Seventies and Eighties.

Ford tried to replace the Capri with the USA-made Probe coupe but it was never a real success simply because it wasn't designed for either European taste or the different suspension needed over this side of the Atlantic.

The Vauxhall FE Victor saloon (a 1975 version although the original models were launched in 1972) was powered by a 2.3-litre overhead camshaft petrol engine which provides an acceleration of 0 to 60mph in 11.3 seconds with a top speed of 103mph.

Inside, the Victor again has a decent level of standard features including full carpeting, radio/cassette, easy, straight forward to use few control stalks and buttons and later on Vauxhall added a slightly bigger engine - a 3.3-litre - for a better performance.

Today's new cars may have all the latest gismos on board and have faster road-going performances whilst also being much safer than those of yesterday but in many ways they lack the individual character of their predecessors.

It's good to see most car makers keeping their heritage fleets alive for people today to enjoy and should you get the chance, they are a must to see.