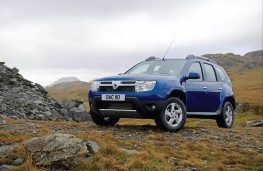 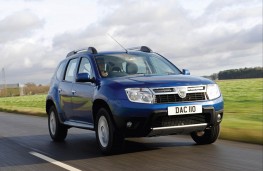 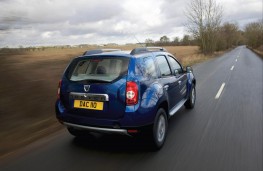 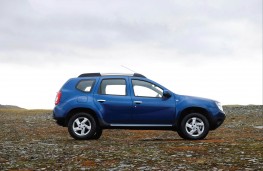 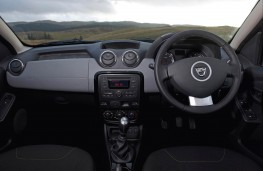 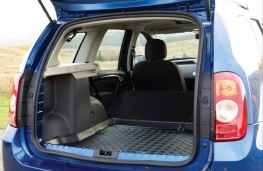 ANYONE looking for a reliable secondhand crossover has a huge array of vehicles to choose from these days.

They all have their plus points - and few have anything against them - but none come cheaper than the Dacia Duster.

There is nothing wrong with the way it drives, and it's very family friendly and easy to live with.

It might seem a little utilitarian up against some others, but then all you have to do is compare prices and you immediately realize that it's a huge bargain.

It has been available since 2014 with two petrol engines and a single diesel, each of which is available with two or four wheel drive (4WD).

They're all well-known units from parent company Renault's stable and start with a 1.6 petrol which has 105 or later 115bhp.

The single diesel is the 1.5 turbo also used by Renault and Nissan, and this has an output of 110bhp.

The excellent diesel - which has been the majority seller - is by far the cleanest and most economical engine in the range, with a best of 64.2mpg in the 2WD and 60mpg in the all wheel drive.

Emissions range from 115g/km to 123g/km and strangely, it's the only unit available with an auto box. The rest all have six speed manual trasnmissions.

Performance is fair in all models, and the 4x4 versions all have a revised final drive ratio, making first a crawler gear for off-road work and using the other five on the road.

The engines are reasonably subdued in use and willing enough when pressed. But overtaking on two lane roads is an acquired skill.

4WD models have three settings - auto, 2WD and 4WD. Most people will probably leave it in auto, because that means drive is to the front wheels most of the time, only adding the rears when traction is lost.

Comfort is very good over all surfaces and long travel suspension means it takes speed humps better than most!

Despite some roll, it also takes the corners easily and quickly, holding the road strongly even on poor surfaces.

I have enjoyed driving different models and found they brought plenty of fun.

Rear legroom is fair, and the boot massive, with a solid luggage cover and a 60/40 split fold rear seat to make it larger.

TOOTLING around France on a lazy holiday break five years ago the roads were...

BUDGET brand Dacia is expanding its Duster SUV line up with the introduction of...