Escort a legend down

By Ian Johnson on 2017-08-24 - Ian has been a member of Driving Force since its inception. He began his career in journalism in 1962 on the Cheshire Observer and took over the paper's motoring column in 1966. Specialist areas include classic cars, product launches and automotive comment. 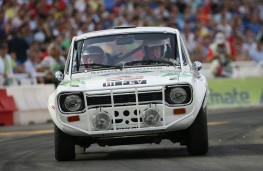 FOR any enthusiastic driver the fast Ford Escort has always set the pulse racing.

And one of the most exciting examples was the neat little Mexico based on the Mk1 Escort of 1970.

Ford's competition operation at Boreham, Essex saw the potential of this car and a twin cam Lotus engine was duly installed.

Very fast though this car was when it came to considering Ford's entries for the 1970 London to Mexico World Cup Rally, Ford driver Roger Clark suggested replacing the powerful but troublesome Lotus engine with a simple reliable Cortina 1600GT unit, correctly reasoning that the 16,000 mile rally was more about endurance than out and out speed.

Hannu Mikkola and Gunnar Palm won the event in such a car making it the world's most famous Escort.

Ford in those days was going through a golden era and it immediately set to the Escort Mexico road car six months later.

Built at the new Advanced Vehicle Operations Centre in Essex, the Mexico roared out of the factory powered by a 1600 Kent Crossflow engine.

Filling the gap between the GT and the Twin Cam, the Mexico became a firm favourite with the amateur racing and rally fraternity.

It was sold through a network of Rallye Sport dealers and became a sporting icon, customers even including police forces which found that its nippy character could catch your average villain or speedster with few problems.

In 1970 you would have had to shell out £1,150 for one of these cars, which would not have been a bad investment because they go for crazy money these days.

Only 9,382 were built so their exclusivity was built in.

The Mexico was the first fast Ford I had the privilege of road testing and I can remember it to his day.

It was not crazily fast but could nudge 100mph and hit 60mph in just over 10 seconds.

Such figures are not breathtaking by today's standards but 47 years ago it was quite something.

Add a suspension set-up that allowed you to use the power to its max and you had to understand why this car became a legend. 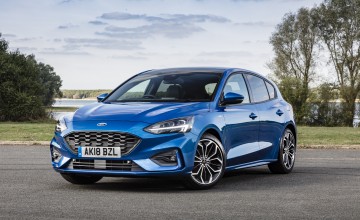 THE Focus is a very important car for Ford and indeed for the rest of us, given... 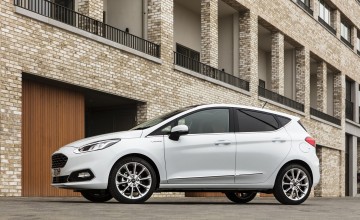 WHETHER or not you agree with Brexit, Britons' love choice and which is why the... 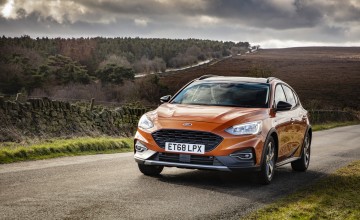 ORIGINALLY, sports utility vehicles all came with four wheel drive so that they...