By Chris Russon on 2017-09-04 - The driving force behind Eurekar. Chris heads up a team of motoring correspondents under the Driving Force banner. Prior to Driving Force becoming independent in 2010 he was Chief Motoring Editor for Trinity Mirror Regional newspapers. Chris has been writing about cars for almost 40 years. 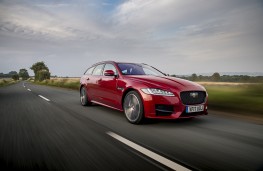 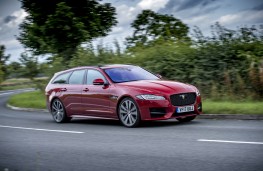 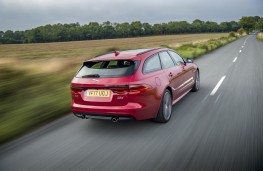 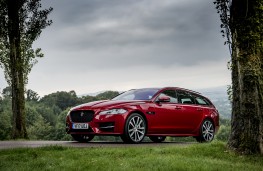 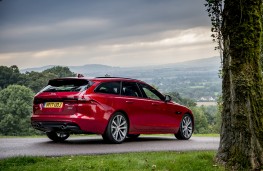 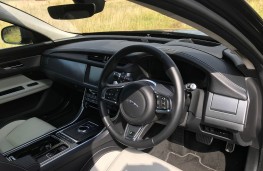 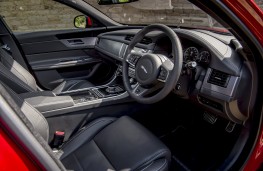 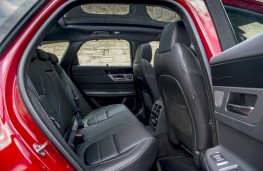 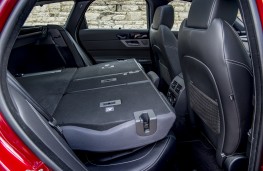 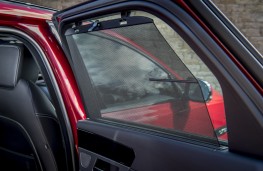 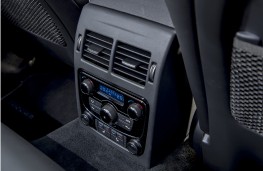 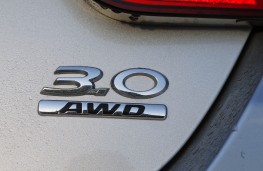 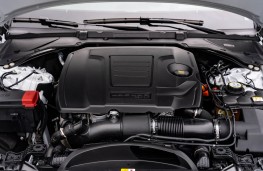 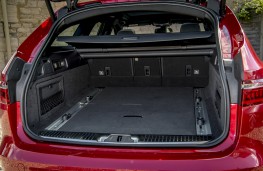 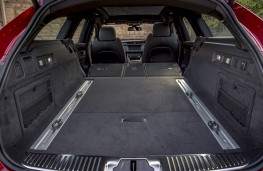 THE Jaguar XF Sportbrake is a car on a mission.

Super-sleek and hugely practical, it is out to prove estate cars can be a match for SUVs.

With a load capacity ranging from 565 to 1,700 litres the new XF Sportbrake is almost in the same load-lugging league as Jaguar's top-selling F-PACE.

And just like its SUV sibling, the new XF estate can be had with all-wheel-drive which with the aid of some clever electronics give it plenty of sticky surface traction.

Factor in a two-tonne towing limit and a long, flat loadbed and the XF Sportbrake passes muster as a very capable activity vehicle.

In fact Jaguar has dubbed its latest creation as the ‘ultimate sports holdall' and one which can carry no less than 27,800 golf balls, 664 bike helmets, 215 rugby balls or 194 pairs of trainers.

In the real world, think a full-sized American-style fridge-freezer and that's how much you can get inside the new Sportbrake.

In the executive estate market the new Jaguar is on a par with anything from BMW, Audi or Volvo and only the Mercedes E-Class can beat it when it comes to luggage space.

That puts the XF on a strong footing and priced from Â£34,910 for a 2.0-litre manual diesel it's competitive with others among the estate elite.

We have just been putting a top-but-one grade XF Sportbrake R-Sport 25d AWD through its paces which is powered by JLR's latest 240ps 2.0-litre diesel engine.

The lustrous Firenze red paint job was also an extra at £705 and so were the gloss black roof rails and panoramic sunroof adding another £1,105.

From the nose to the back of the front seats the Sportbrake is the same as the XF saloon.

It's from the door pillars backwards where the changes kick in and the sleek, sloping roofline creates a delightful profile.

The bullet-shaped looks make the Sportbrake appear bigger than the XF saloon but apart from an extra two inches of headroom in the rear the length is the same at 16ft 3ins.

The real difference is air suspension which smooths the ride in splendid fashion and the Sportbrake feels nicely planted on the road - a proper sporty drive and very sure footed thanks to the all-wheel-drive giving more grip than the conventional rear-wheel set up.

A multi-mode drive system alters throttle and damping from sport to eco settings and although an estate it drives like a Jaguar should.

Paddle shifters help get the best from the eight-speed automatic transmission and dynamically the Sportbrake is very accomplished.

We saw an average of 37 to the gallon although that was driving two up in an unladen vehicle.

On the road, noise suppression is good and the car is exceptionally well appointed with leather upholstery throughout and metal inserts in the trim.

Gesture control for the sun blind over the glass roof - and it's the biggest going at 1.6 square metres - was a bit of a gimmick but handsfree operation of the tailgate is essential these days and it's a standard feature on all models.

And to emphasise the sporty side of the Sportbrake, the car is also available with JLR's Activity Key - a weatherproof wristband which can be used to lock the car while you're out jogging or surfing where carrying the keys is not so wise.

As an alternative to an SUV the XF Sportbrake has much to commend it, doing the heavy work in quite luxurious fashion and without compromise.

It looks stunning, performs without issue and is packed with status - just watch the extras. 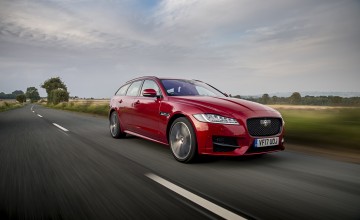 NOT to so long ago an office worker wouldn't have dreamt of turning up at work...