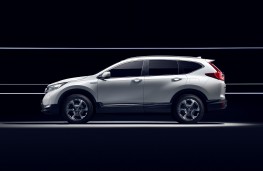 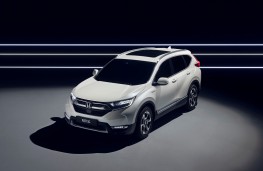 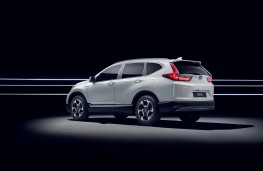 HONDA is to display a prototype of its new CR-V at the Frankfurt Motor Show, complete with a hybrid powertrain.

It will be Honda's first hybrid SUV to go on sale in Europe and is due to arrive next year as CR-V production moves from Swindon in the UK to Canada.

Likely to replace diesel versions, the hybrid is fitted with a 2.0-litre i-VTEC petrol engine and an electric motor mated to a single geared transmission.

With variable drive modes available it can run as a zero emission EV for short distances or use the combined output of the two engines for lower fuel consumption.

The new CR-V, which is slightly wider, longer and taller than the current model and has a stronger all-round appearance.

It is due to be released next year and the new line up will also feature a 1.5-litre turbo petrol engine available either as a six-speed manual or a CVT.

The current CR-V has been on sale in the UK since 2012 and is one of the most popular SUVs on the market.

The new model will have its European premiere at the Frankfurt show which opens on September 12.

NO market is more competitive for SUVs than the UK - and Honda has just raised... 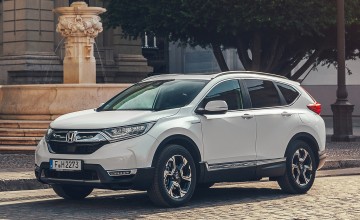 THE hybrid version of Honda's popular CR-V SUV will be good for an average of...