By Peter Keenan on 2017-09-10 - Peter has been with the Birmingham Post & Mail since 1990 and took on the role as motoring correspondent in 2007. He has been part of the Driving Force team for more than 10 years and his reviews are used nationwide by Trinity Mirror publications. 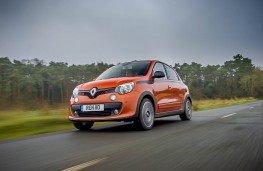 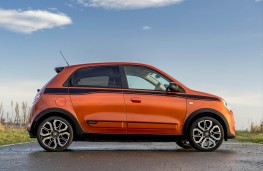 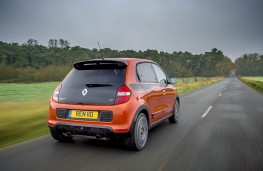 THE Renault Twingo GT looks like a party animal - and doesn't disappoint when you get behind the wheel.

The dinky rear-wheel-drive city car is given the treatment both inside and out leaving the normal model far behind.

And indeed that should be the case as a price-tag of a shade over £14,000 is not cheap.

The GT body kit sees the addition of front and side skirts as well as extended wheel arches and a rear diffuser. There are also sporty looking decals on the front grille and side doors while a vent above the rear wheels and Renault Sport logos on the kick plates are nice touches.

There are also Renault Sport badges on the side and on the tailgate to set the GT apart.

It looks like it should be nippy and with a turbocharged 898cc three-pot engine and sport chassis, featuring a revised suspension, the Twingo doesn't hang around - although it is not quite in hot hatch territory.

The official 0-62mph time is 9.6 seconds but the growl emitted from the 110bhp unit combined with a hunkered down stance give the impression it is far quicker than that.

The five-speed manual transmission is slick and once underway overtaking is encouraged as there is plenty of power mid-range.

The car responds well to being driven at pace and won't cost a fortune while you're barrelling around as it returns around 35 to the gallon while an overall average of 45mpg isn't pie in the sky. Officially the fuel return is 54.3mpg with emissions of 115g/km.

The Twingo GT is fun to drive especially in town where its ability to nip in and out of traffic and zoom away from traffic lights is seen to best effect.

Renault's baby also offers the manoeuvrability of a jet fighter with a tight turning circle make it incredibly easy to park.

The cabin also gets the GT treatment from the French motor manufacturer.

Plenty of kit is thrown in with sat nav, climate control, cruise control, rain-sensing wipers and automatic headlights all making an appearance.

However, there must be a way to switch off the annoying alert for traffic cameras which didn't exist.

One optional extra worth considering is Reanult's R-Link multimedia system accessed through a seven-inch colour touchscreen which, for another Â£600, adds a high definition reversing camera and parking sensors, audio streaming, Bluetooth and more powerful speakers.

Other additions include an eye-catching orange metallic paint job, special GT roof and bonnet decals and storage under the rear seats bringing the total cost of the car to £15,070. 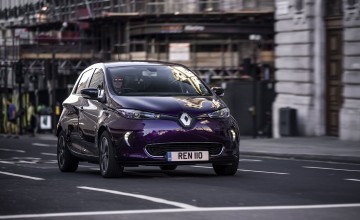 THE flow of new electric vehicles coming on stream over the next four years... 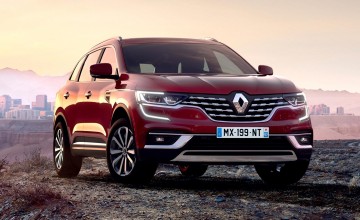