By Stewart Smith on 2017-09-11 - Stewart was the former motoring editor of the Coventry Telegraph and is now a freelance contributor to Eurekar. He is based in Scotland and specialises in First Drive reviews. 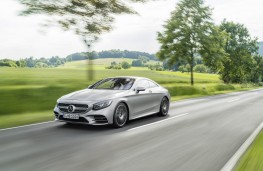 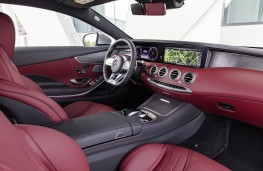 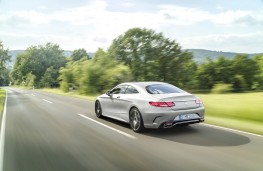 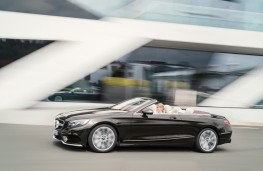 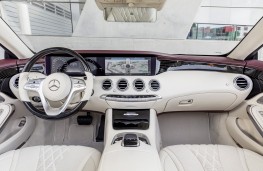 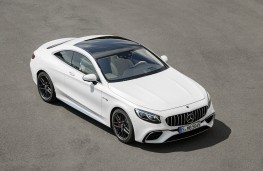 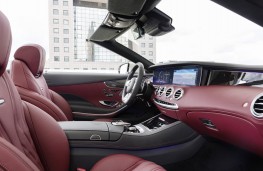 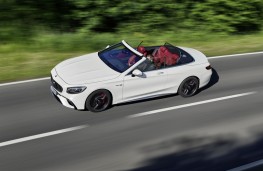 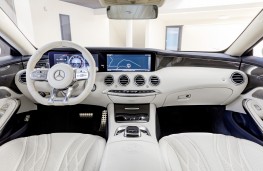 MERCEDES-BENZ has announced upgrades to its luxury S-Class and S-Class AMG coupe and cabriolet models.

Both get the same tratement has recently introduced on the S-Class saloon which sees them being fitted with extended driving assistance systems including a new generation of steering wheel, integrated comfort control and the latest infotainment equipment.

Exclusive to both of the two-door models and part of the standard equipment specification are orgalnic LED - OLED - tail lamps.

Also on offer is the new V8 biturbo engine in the S 560 Coupe with a combined fuel consumption of 35.3mpg and CO2emissions of 183 g/km.

The new V8 biturbo in the S 560 Coupe and S 560 Cabriolet is one of the world's most economical V8 petrol engines and consumes up to eight per cent less than its predecessor.

The latest models feature front aprons with chrome-plated front splitter and voluminous air inlets. The looks are enhanced by restyled side skirts and chrome-plated twin tailpipe trims with a V12 look.

As for the new AMG S-Class Coupes and Cabriolets, they are identifiable from the front which features the AMG Panamericana radiator grille. Its V-shaped cooling air intake follows the lines of the headlamp housings and is subdivided by chromed, vertical struts.

The front apron resembles a hovering jet wing and is painted in vehicle colour.

It is flanked by two large outer air inlets, which are outlined in high-gloss black. The three-dimensional front splitter with its aerodynamically shaped high-sheen chrome edge reduces uplift at the front axle.

The rear of the S 63 4MATIC+ and S 65 now features an updated rear apron with diffuser insert and the redesigned, model-specific twin tailpipes of the AMG exhaust system.

For improved efficiency, Mercedes-AMG has equipped the V8 engine in the S634MATIC+ Coupe with the AMG cylinder management cylinder deactivation system.

The AMG duo is now available with 'Race Start', which in Sport or Sport+ driving modes, the driver has only to press hard on the brake pedal with their left foot while simultaneously depressing the accelerator pedal with their right foot.

On-board electronics will then set the optimum engine speed. Depending on the requirements or the road surface conditions, the engine speed can be increased or lowered in a certain range by operating the paddle shifters.

If the driver now releases the brake pedal, the vehicle accelerates with optimal traction. The Coupe and Cabriolet are then able to sprint from zero to 62mph in just 3.5 seconds.

Prices for the UK have yet to be announced.

I NEVER really hankered after a Mercedes E-Class except for just one model... 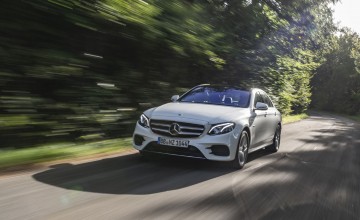 MERCEDES-BENZ is out to prove diesel is not dead by launching the first of a... 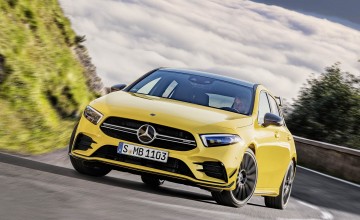 MERCEDES tuning and motorsport arm, AMG, has waved a magic wand over the German...