Honda EV to be 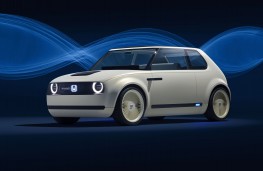 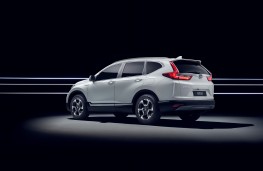 HONDA has revealed an all-new electric vehicle, the Urban EV Concept, at the Frankfurt Motor Show.

The concept car is built on a completely new platform, and sets the direction for the technology and design that will appear on a future battery electric Honda production model.

The concept was by Honda Motor president Takahiro Hachigo, who said: "This is not some vision of the distant future, a production version of this car will be here in Europe in 2019," confirming that the concept is set to be launched within two years.

It is four inches shorter than the Honda Jazz, and the Urban EV Concept has low and wide proportions giving it a planted, muscular stance that hint at sporty driving performance.

The Honda emblem on the concept is backlit in blue, which previews a new styling feature for the company‘s future EVs. At the front of the car, interactivemultilingual messages can be displayed between the headlights, including greetings, advice for other drivers on the road, or charging status updates.

The futuristic Honda can accommodate four occupants, across two bench seats and to create a lounge feeling, the front row is upholstered with natural grey fabric, with the seat backs, squabs and arm rests embellished with contemporary wood finish accents.

The seatbelts for the rear bench are fixed in the middle of the seat, allowing the belt to retract out of the way before a passenger exits the car.

The same wood finish wraps around a large ‘floating' dashboard console. This houses the steering wheel column, a set of simple control buttons, and a panoramic display screen.

The dashboard itself is completed by a wrap-around screen that runs behind the console and extends into the doors. The main dashboard screen presents a range of vehicle information including remaining battery level. Whilst the extended door screens function as the car's wing mirrors through digital camera displays.

In another move towards electrification of its models, Honda also revealead a hybrid version of its CR-V SUV at the German motor show which is likely to be on sale next year. 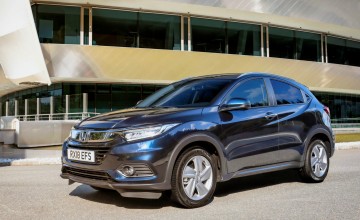 COMPACT SUVs are increasingly the pre-eminent choice for family car buyers and,...