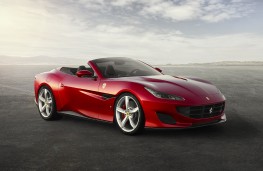 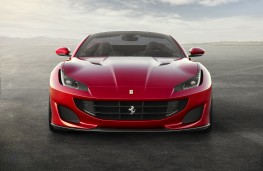 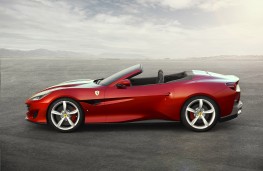 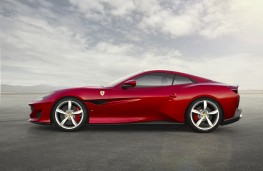 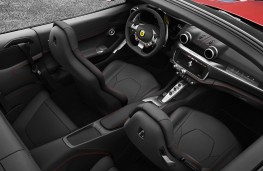 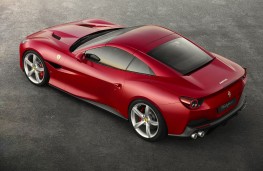 WHEN it comes to supercars, Ferrari comes very high on the list and the Ferrari Portofino, which has made its debut at the Frankfurt Motor Show, is a stunner.

It is capable of unleashing a massive 591bhp and sprinting from 0 to 62mph just 3.5 seconds and on to a top speed of 200 mph and is the most powerful convertible to combine the advantages of a retractable hard top, a roomy boot and generous cockpit space complete with two rear seats suitable for short trips.

Ferrari says it has been designed to be driven every day that also converts from an authentic coupe to a drop-top capable of delivering a unique Ferrari soundtrack.

The retractable hard top has been completely redesigned and can now be opened or closed in 14 seconds on the move at lower speeds.

Careful modelling of the hard top housing now allows the luggage compartment to hold two cabin trolleys with the roof down and three with the roof up.

The Ferrari Portofino is the first Prancing Horse GT to boast electric power steering which plays a pivotal role in the feel of the car in the driver's hands.

Steering wheel responsiveness has been improved with a smooth, natural feel to the assistance and feedback, while re-centring of the wheel is dynamic and consistent with the speed of the car when the manoeuvre is being executed.

The Ferrari Design Centre-penned Portofino is an aggressively-styled car with a two-box fastback configuration - unprecedented in a coupe-convertible with a retractable hard top - that adds extra sleekness to its silhouette, lending it a sportier character without impinging on its elegance and dynamism.

The front of the car is also includes a new headlight assembly with a more horizontal development which is designed to follow the crest line of the front wheel arches.

Half-hidden at the outer edges of the headlights are innovative aerodynamic "air curtain"-type intakes which vent into the front of the wheel housing to increase the evacuation of air coming from the wheel spokes and wheel arch and channel it along the scooped sides, reducing drag created by the wake from the front wheels.

The Portofino's cabin too has also been designed with improved rear seating and the front seats have an innovative magnesium structure.

Different density padding and an ultra-compact seatback profile mean that there was more space to devote to the rear seats than in the previous model.

In line with Ferrari's other GTs, the Portofino's 'human-machine-interface' includes an instrument panel and dual displays arranged around the rev counter in a circular anti-glare binnacle on exactly the same axis as the steering wheel.