Wake up call over

By Ian Johnson on 2017-09-18 - Ian has been a member of Driving Force since its inception. He began his career in journalism in 1962 on the Cheshire Observer and took over the paper's motoring column in 1966. Specialist areas include classic cars, product launches and automotive comment. 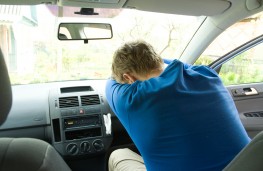 DROWSINESS at the wheel is a major danger on our roads.

I have not met many drivers who will not deny that they have felt sleepy on the motorway or whiling away the time in traffic queues.

Breakdown androad safety organisation GEM Motoring Assist is encouraging drivers to ensure they get sufficient sleep before getting behind the wheel.

GEM says this will not only help them feel better, but will also make a significant contribution to reducing the risks they face on the road.

Recent research from the United States shows that between 15 and 33 per cent of fatal crashes involve tired drivers, and that a worrying four per cent of Americans admit to having fallen asleep while driving within the previous month.

Additionally, new figures from Ireland suggest that tiredness is a factor in up to 20 per cent of driver deaths.

GEM road safety officer Neil Worth said: "Being a safer driver means being physically and mentally prepared to drive. If we all got the amount of sleep we need, there would be fewer crashes, fewer near-crashes and fewer road rage incidents. Well-rested drivers are much more likely to remain alert; they see hazards developing earlier and they can react to them in good time.

"We all feel better when we wake up after a good night's sleep, and we're more alert. We respond more quickly and our reaction times are faster. We perform better, we retain information better, and our moods are better after good sleep.

"On the other hand, fatigue among drivers is one of our greatest public health threats. Work pressures can keep many people awake at night, yet the same pressures require them to be up and out early in the morning, in control of a heavy machine that's travelling at high speed and capable of doing enormous damage.

"Depriving someone of sleep makes them moody and irrational. That's why many road rage incidents in the morning rush hour are likely to relate to people who simply didn't get a good night's sleep."

GEM offers the following advice for avoiding the risks associated with fatigue:

1. Give yourself the opportunity to get a good night's sleep - preferably every night and certainly before you need to make a road journey.

2. Understand that a sleep deficit of just a couple of hours can lead to irritability and can also increase someone's likelihood to take irrational risks.

3. Feeling drowsy in the middle of the day doesn't make you lazy - for most people it's a natural part of the daily cycle of sleep and wakefulness.

4. Taking a short nap during the working day may not be a possibility for everyone, but it's much better than relying on stimulant drinks to keep awake.

5. Don't begin a long journey if you're already tired. If you feel sleepy while driving, then stop as soon as it's safe. Resting and drinking some coffee offers a possible short-term fix. The only proper cure for sleepiness is good sleep.