By Chris Russon on 2017-09-19 - The driving force behind Eurekar. Chris heads up a team of motoring correspondents under the Driving Force banner. Prior to Driving Force becoming independent in 2010 he was Chief Motoring Editor for Trinity Mirror Regional newspapers. Chris has been writing about cars for almost 40 years. 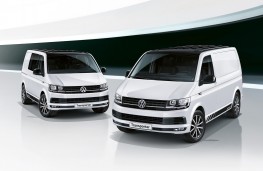 A NEW high specification trim level is being added to the Volkswagen Transporter range and will be available on both panel van and kombi models.

The Transporter Edition models sit above the Highline trim level and include either 17 or 18-inch alloys, black roof and mirror housings and blacked-out LED tail lights.

Both panel van and kombi versions can be specified with either a 2.0-litre TDI 150ps or a 2.0-litre TDI 204ps engine and are fitted with a six-speed manual transmission as standard or a seven-speed DSG gearbox as an option.

The Discover Media nav system fitted to the Edition models is smartphone compatible while other driver aids include front and rear parking sensors, LED headlights and powered latching on the sliding side door.

Safer vans can save lives

ALMOST 350 road deaths and serious injuries a year could be avoided if all... 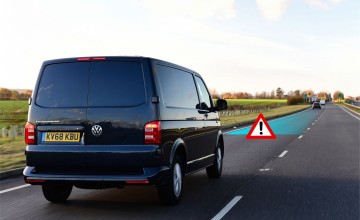 Danger of driving too close revealed

TAILGATING has been identified as one of the most common causes of van... 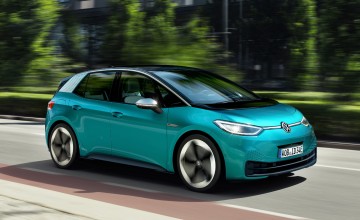 VOLKSWAGEN has unveiled its pioneering pure electric ID.3 at the International...