By Ian Johnson on 2017-09-21 - Ian has been a member of Driving Force since its inception. He began his career in journalism in 1962 on the Cheshire Observer and took over the paper's motoring column in 1966. Specialist areas include classic cars, product launches and automotive comment. 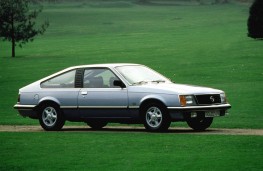 ONE of the truly great luxury coupes was the Opel Monza, a child of the late 1970s.

At last General Motors' German arm had a car to compete with cars like the BMW 6 Series which had carved out a large slice of the luxury market.

The Monza was a replacement for the old Commodore coupe variant and work began in 1976.

In 1978 the first Monzas were available to buy and at that time coupes were the cars to have - a bit like the SUV craze of modern times.

Monza had superb seats and was style-driven all the way. But it lacked that touch of dynamism which pulsed in profusion through the BMW's veins.

In truth, it was comfortable but lacked the supreme luxury that the discerning customers of the day demanded.

Opel had dipped rather too deeply into the parts bins of the Rekord models. This meant cloth seats and plenty of plastic, a signature of the brand.

The three-speed Borg Warner automatic transmission from the Commodore range needed to be modified to cope with the extra power.

But the Monza's great strength was its driving capability. Sharing the same layout as the Senator it featured MacPherson strut suspension at the front of the car and an independent rear suspension gave the car a classy ride with firm handling.

With the six-cylinder 3.0-litre engine, the Monza was at that time the fastest car Opel had ever built and capable of speeds as high as 133mph.

In 1982 the Monza received an update which was successful but lost some of the purity of line of the earlier car.

The cars now came with more luxurious interior, electrically controlled side mirrors and even an on-board computer, recording fuel consumption, speed and range.

The last incarnation of the Monza was the GSE edition in 1983 which was a highly specified variant and a truly exceptional car.