By Stewart Smith on 2017-10-04 - Stewart was the former motoring editor of the Coventry Telegraph and is now a freelance contributor to Eurekar. He is based in Scotland and specialises in First Drive reviews. 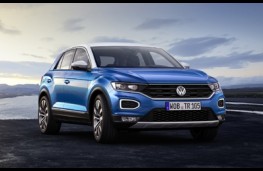 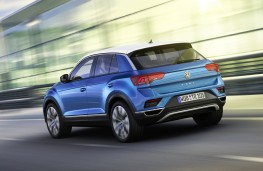 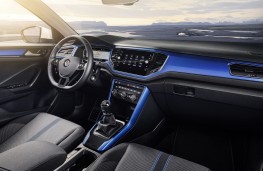 VOLKSWAGEN is entering the fast-expanding compact SUV sector with the arrival of its stylish new compact T-Roc model with prices starting at £20,425.

The T-Roc sits beneath the established and popular Tiguan SUV and above the forthcoming new T-Cross small SUV and represents a key element of Volkswagen's new SUV offensive.

An initial 1,000 new T-Rocs are on offer in the UK and the first cars arrive in December,

As an incentive the first models are being offered with T-Roc accessory running boards - worth Â£565 - free of charge helping them stand out from the SUV crowd.

Luggage space in the five-seat T-Roc measures 445 litres when loaded up to the top of the second row seat backrest and the T-Roc is defined by a short overhangs and wide track width.

The T-Roc's eight-inch infotainment systems can be extended with VW's App Connect system which integrates MirrorLink, Apple CarPlay and Android Auto from Google.

Volkswagen also offers its security and service package in the new T-Roc which provides a variety of support including emergency service, automatic accident notification and roadside assistance.

Like the larger VW Tiguan, the new T-Roc will eventually be offered with a broader range of turbocharged engines: three petrol engines and two diesels units, with the option of manual or DSG automatic gearboxes and front or 4MOTION all-wheel drive formats.

Director of Volkswagen UK, Alison Jones, said: "The arrival of T-Roc, and the launch of this early wave of 1,000 cars for the keenest buyers, marks a major step in our brand's ongoing SUV offensive. It is stunning to look at, and contains all the tech you would expect in a car today.

"I'm sure it will mark a significant step in Volkswagen's ongoing expansion and growth in the UK, and I'm very much looking forward to seeing the first cars on the road here before Christmas."

THE people's car company is moving with the times in the shape of the... 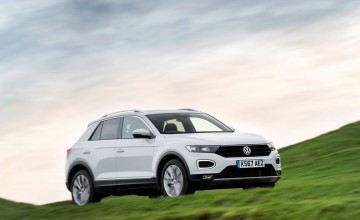