Peugeot in with the

By Jon Smith on 2017-10-08 - Jon is a senior motoring journalist with a background writing for weekly/provincial daily and national newspapers and magazines. He has held executive news and features positions in Fleet Street and evening titles. Former Pirelli Motoring Writer of the Year winner. Currently specialising in product launches, safety issues, car tests and future motoring trends. 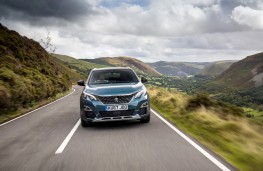 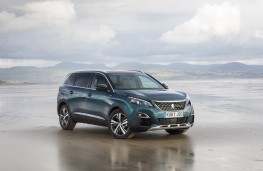 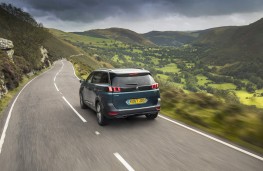 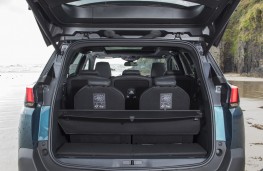 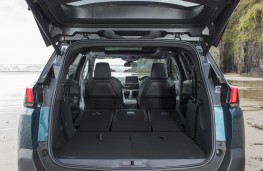 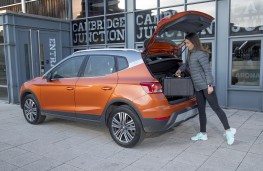 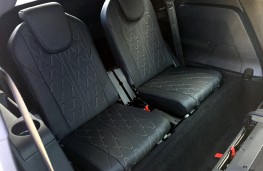 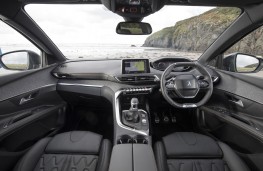 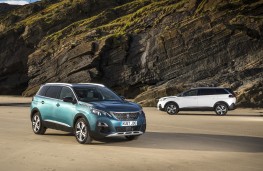 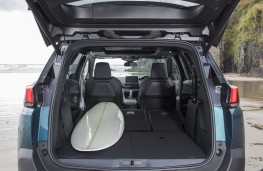 MPVs are out...SUVs are in. It's a simple as that - an unequivocal message written in big black and white letters.

Even large families are going for high-riding, chunky off-roaders. And it doesn't seem to matter whether they can even go off-road, so long as its looks like they can.

Peugeot spotted it and re-invented their 3008 earlier this year as an SUV. The result is that the replacement model has flown off the shelves.

Now the French firm is doing the same with the 5008, formerly a tall, boxy but very practical people carrier.

Despite its new sexy shape which is 11cm longer than the old MPV, it still has seven seats, loads of passenger space and - would you believe - even more room in the boot, an extra 129 litres, in fact.

Even though its macho styling and high-riding stance suggest it's a four-wheel-drive, the new 5008 is driven by its front wheels alone.

It does, however, for an extra Â£450 get Peugeot's clever Advanced Grip Control which, together with special winter tyres, allows it to scramble up an icy hill or traverse a slippery field.

The bonus is that fuel consumption is unhindered and there isn't the weight penalty of fitting four-wheel-drive.

Prices start at £24,495 and run to more than £35,000 with a choice two petrol engine and four diesel engines, with the latest 1.5HDi being introduced from December.

The smallest petrol unit, a 1.2 turbo knocking out 131bhp, with emissions of 120g/km is also the most impressive engine.

The smooth three-cylinder, which has been seen in other members of the Peugeot family copes admirably with hauling the large body but buyers in the habit of driving fully laden with seven onboard may find either the 1.5litre diesel or the 2.0litre diesel better suited.

While the exterior is sharply styled and stands out from the current crop of crossovers, the interior is even more dramatic.

Its design, borrowed from the smaller 3008, lifts Peugeot into the Audi league of cabin quality and is sure to appeal to buyers more used to prestige models.

It's a snug and attractive capsule that's unlike any other cabin - more like something you'd find in a motor show concept car.

The i-Cockpit, as Peugeot has coined it, not only has an eight-inch touchscreen but also a 12.3-inch head-up arrangement with graphics.A small leather covered steering wheel is set low so as not to interrupt the view.

The quality of material used for the facia is a giant leap forward and the whole ambience is one of cosseting comfort and ease of use.

I particularly like the row of short-cut keys making the screen easier and faster to operate.

The i-Cockpit, available on the top two specs, also includes a fragrance diffuser with a choice of scents and a seat massager with several settings.

Longer, wider and about 100kg heavier than the 3008, the new model inevitably doesn't feel quite as nimble. Nevertheless it has sharp, precise steering and sticks well to the road with acceptable roll angles.

Most bumps are easily suppressed and there is little mechanical noise from the 1.2-litre engine which revs freely throughout the range. The 2.0-litre diesel sounds a bit more agricultural at least at low speeds. It quietens down and becomes more settled at cruising pace.

The panoramic opening sunroof ,which is standard on the top GT versions and an option costing Â£870 on lesser versions, really improves the already attractive cabin allowing extra light - and fresh air - into the compartment.

The second row of seats is divided into three matching folding seats, each with Isofix mountings. With the third row folded there's space for 1,060 litres of cargo - a class best. The final row of seats is easy enough to clamber into and acceptably spacious for youngsters and even adults on shorter runs.

Refreshingly different to look at, pleasing to drive and with bucket loads of family-appeal, the new 5008 has kicked sand in the face of old-style MPVs. 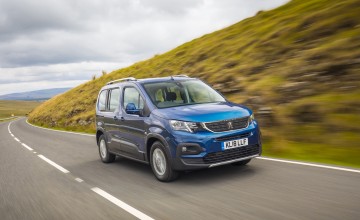 PEUGEOT'S Rifter SUV looks like it's based on a van but in fact it is new from... 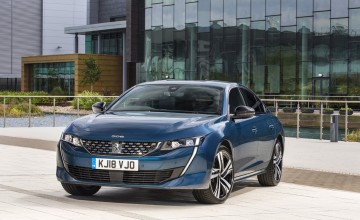