By Chris Russon on 2017-10-08 - The driving force behind Eurekar. Chris heads up a team of motoring correspondents under the Driving Force banner. Prior to Driving Force becoming independent in 2010 he was Chief Motoring Editor for Trinity Mirror Regional newspapers. Chris has been writing about cars for almost 40 years. 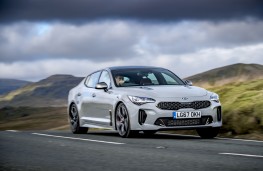 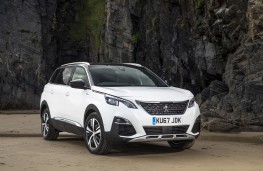 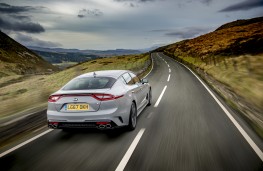 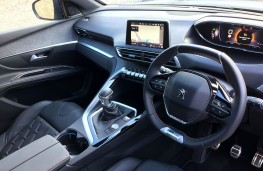 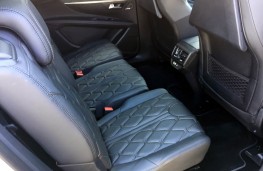 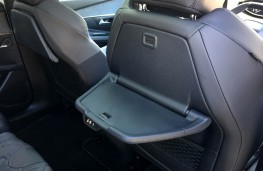 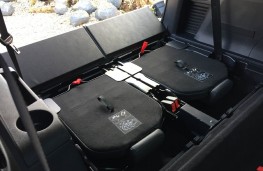 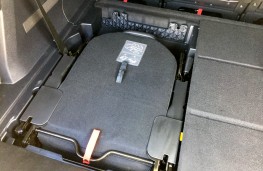 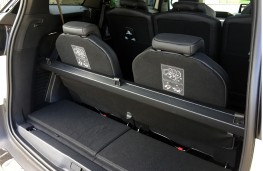 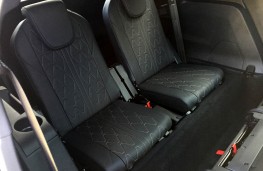 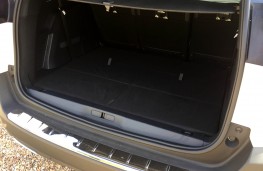 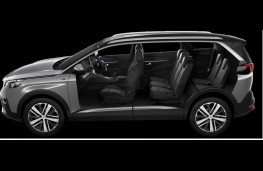 THE SUV that won Peugeot the European Car of the Year award for 2017 is getting a stretch and becoming a seven seater.

Almost eight inches longer than the 3008, the 5008 has a third row of two foldaway seats in the back, boot space ranging from a massive 952 litres to a van-like 2,150 litres, two fold-down picnic tables and acres of room in the rear.

Apart from that, it's basically the same as the 3008 which means it features a range of state of the art petrol and diesel engines and Peugeot's amazing digital i-Cockpit.

As such, the 5008 is very family friendly and with the additional seats is a handy blend of MPV and SUV.

Factor in Peugeot's Grip Control electronic traction system - an option across all four trim levels - and the 5008 is a highly competent soft-roader with a towing limit up to 1.8-tonnes.

The 5008 line up kicks off with a 1.2-litre PureTech petrol model in Active trim with 130bhp on tap and, for the time being, tops out at £35,695 for a GT model powered by a 2.0-litre BlueHDi diesel developing 18bhp and mated to a six speed auto box.

In between are Allure and GT Line models priced from Â£26,295 and Â£28,195 respectively while in the wings are models featuring Peugeot's new 1.5-litre diesel engine and a 2.0-litre diesel with an all-new eight-speed automatic transmission.

The most economical are those fitted with the 1.6-litre BlueHDi 100bhp diesel which are rated at 65.7mpg with emissions of 113g/km.

The PureTech petrol versions are almost as fuel efficient with an official average of 52.3mpg at best and a CO2 figure of 124g/km.

That's not far off the sort of performance you get with the smaller 3008 and despite the 5008 weighing in at around 2.2 tonnes - some 300 kilos heavier than the 3008 - it lacks nothing when it comes to everyday use.

Having just sampled three versions of the 3008 the range has strength in depth, either with petrol or diesel engines under the bonnet.

Official fuel figures are 55.4mpg with emissions of 117g/km and we saw an average of 38 to the gallon overall.

The diesels offer better economy yet are more expensive - between Â£1,000 and Â£3,000 depending on trim.

The diesels offer greater mid-range pull but realistically there is little difference in the feel of the car whatever the engine.

It's smooth, refined and sophisticated to drive and comfort levels are above average.

Where the 5008 excels is in the amount of extra space inside compared to the 3008. While the third row of seats are still best considered for occasional use and then by youngsters, the legroom available for the second row passengers is considerable.

The 5008 has an extra two inches when it comes to wheelbase and that translates into a gap of almost three feet between the backs of the front seats and those in the middle which themselves can be slid fore and aft.

The third row folds completely flat into the boot floor and can be pulled erect in seconds while the luggage blind when removed is stowed behind the seatbacks.

Boot space is enormous and as a five seater the 5008 can take everything the average family can throw at it. For leisure purposes it is a very useful piece of kit.

With all seats in play it's not quite as accommodating and the space behind the rear seats is just 165 litres - tiny, even by city car standards.

Compared to the previous 5008, which was a conventional MPV, the newcomer is a sea change for Peugeot and in the booming SUV market it is a spectacular alternative to the likes of the Nissan X-Trail and even Land Rover's Discovery Sport.

With features such as the i-Cockpit - a multi-mode full colour instrument panel with cascading graphics - and an interior design that is as contemporary as it is impressive, the 5008 is a car that stands out from the norm and is set to score as highly as its smaller sibling. 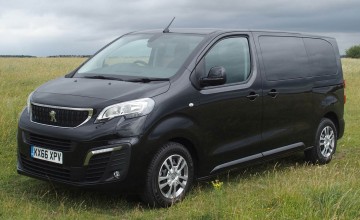 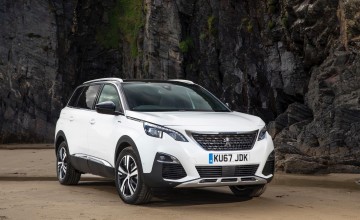 PEUGEOT'S 5008 has had a transformation - and a pretty big one at that.Having...