By Maxine Ashford on 2017-10-08 - Maxine has been a journalist since the late 1980s and for the past 13 years has specialised in motoring. Former motoring editor at Media Wales responsible for the Western Mail, South Wales Echo, Wales on Sunday. Freelance since 2009, Maxine loves cars but not quite as much as rugby! 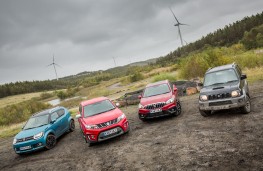 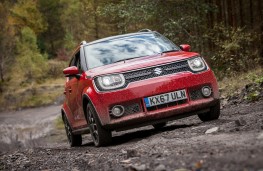 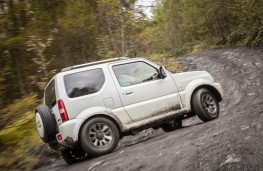 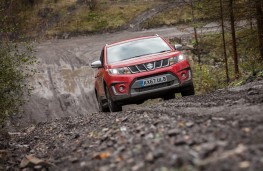 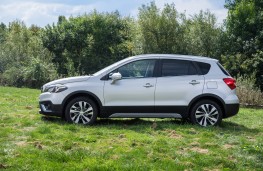 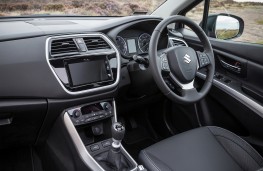 SUZUKI may not be a name that immediately springs to mind when thinking about buying a car that delivers extra traction for driving in challenging conditions but it's a fact that five out of seven cars in the company's line-up feature some form of its Allgrip system.

Allgrip is the name Suzuki has given to its four-wheel drive technology and it comes in three formats.

Firstly, there is Allgrip Auto which is available on the Suzuki Ignis and Swift models. This system is lightweight adding just 50kg to the car's weight. It is quite simplistic and relatively inexpensive to produce making it ideal for the company's smaller cars and adds Â£1,000 to their starting price.

The Ignis set up is a well proven and simple fully automatic and permanent four-wheel drive layout which transfers additional torque to the rear wheels when required.

This makes the Ignis an ideal choice of car for those living in rural areas who may need to cross rougher terrain or slippery surfaces during winter months and for those motorists who don't want to splash out on a more conventional SUV-sized vehicle.

Once switched on by the driver, it focuses torque on the driven wheels that have grip and will quickly apply braking to the wheel that is spinning.

Hill Descent Control activates when it is switched on by the driver and when the vehicle is travelling on an incline at less than 15mph in first or second gear.

The latest Swift model is also available with the Allgrip Auto system and the only difference is that it excludes the option of Grip Control and Hill Descent Control functions that are fitted as standard on Ignis Allgrip.

The second system featured by Suzuki is called Allgrip Select and it is available on the Vitara and S-Cross models costing an extra £1,850.

It boasts four driver-selectable modes. The first is Auto mode which prioritises fuel economy and uses two-wheel drive by default. The second mode is Sport which is ideal for twisting, country lanes where it maximises four-wheel drive according to the way the car is being driven.

The next setting is called Snow and is perfect for extra slippery surfaces when four-wheel drive is the default setting. The final option is the Lock mode which is used for rescuing the car from snow, mud or sand.

Suzuki's final system can be found as standard on the Jimmy and is called Allgrip PRO. This is for the genuine off-roader of the company's range and offers push button selectable four-wheel drive along with high and low gear ratios.

The Jimmy is a fabulous little off-roading vehicle and great fun to throw around any 4x4 course thanks to its 190mm ground clearance, approach and departure angles of 34 degrees and 46 degrees respectively and ramp angle of 31 degrees.

We had the opportunity to experience the Suzuki Allgrip systems and they all impressed in their own way.

The Ignis and Swift models skipped across the slippery grass and gravel paths without a care in the world and there was no loss of traction along the way.

The Vitara and S-Cross cars were put through a more challenging assault course and again coped admirably as they climbed slippery banks and then ambled confidently down steep ascents where the Hill Descent Control was most impressive.

Finally, it was the turn of the Jimmy - a vehicle that now boasts global sales of 2.9 million and is sold in 188 countries.

This charismatic little car oozes energy and is guaranteed to make any off-roading enthusiast giggle and smile as its skips across the wet grass, climbs over rocks and sharp debris, holds its position in thick mud and scampers up steep inclines for fun.

Its lightweight frame and 1.3-litre petrol engine are a perfect combination for days of fun in the countryside.

It's clear to see why Suzuki is so keen to offer the four-wheel drive capabilities on the majority of its range as 4WD sales are on the up.

The Japanese marque is clearly offering just what the public is looking for which may account for the company's impressive sales figures - Suzuki UK celebrated its best year ever in 2016 with 38,167 units sold and they aim to better that in 2017.

Few would argue with that driving ambition with this gripping range of cars. 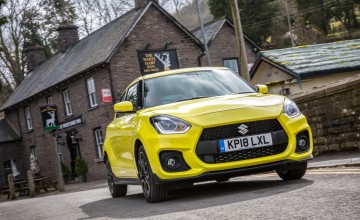 THE funky and fun Suzuki Swift Sport impressed me when I drove it for the first...