By Jon Smith on 2017-10-14 - Jon is a senior motoring journalist with a background writing for weekly/provincial daily and national newspapers and magazines. He has held executive news and features positions in Fleet Street and evening titles. Former Pirelli Motoring Writer of the Year winner. Currently specialising in product launches, safety issues, car tests and future motoring trends. 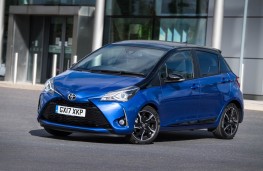 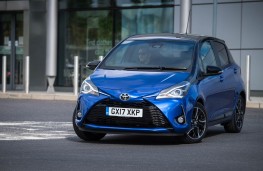 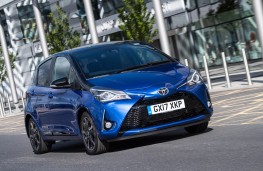 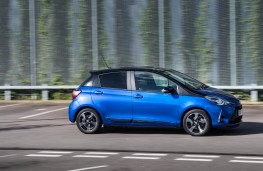 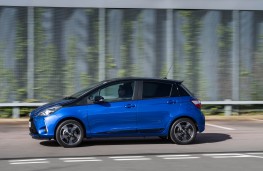 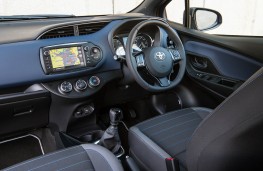 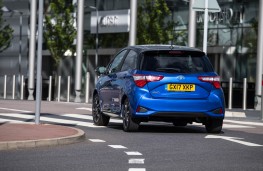 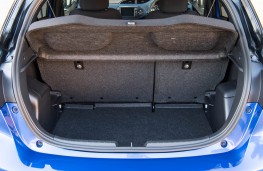 SMALL cars are growing up. A few years ago most superminis were three-doors - today the vast majority have five doors, decent sized boots and generous shoulder room.

Of course, a class of ‘city cars' has slipped in beneath the likes of Clio, Fiesta and Polo, to fill the gap.

The latest Toyota Yaris is among the supermini converts to the more family-friendly five-door design.

Always one of the roomiest hatches in its sector, the theme of spaciousness continues with a tall roofline and ample wriggle room.

But now the design packs more flair and style. The frontal treatment - borrowed from the remodelled Aygo - shouts Toyota and is easily recognisable in a car park line of small hatches.

A two-tone paint job with black roof and mirors reinforces the new look and gives the supermini a squat and sporty appearance.

It's a carefully crafted design that helps in injecting the once rather staid Yaris with a stay-young formula.

The theme is continued in the cabin with matching trim that lifts the styling and adds a bit of fun.

Most powerful of the three versions available is the 1.5 Dual VVT-iE which gets a 110bhp, 1,496cc petrol engine and a six-speed manual gearbox.

It delivers a smooth and refined performance with decent economy rather than a sporty drive.

Nevertheless, sixty comes up a shade under 10 seconds giving it fast enough legs to keep up with many bigger and more powerful cars.

Handling and road holding has been sharpened up thanks to a stiffer body and remodelled suspension. The emphasis remains more on comfort than dynamics, but Toyota has succeeded in making the Yaris more poised and athletic around bendy roads.

Poorly surfaced B-roads can, however, catch the ride out. Jolts and potholes are sometimes transmitted through the cabin making the Yaris feel somewhat unsettled. The steering is feather-light which is good news at parking speed but less satisfying for high speed driving.

It's a quiet car to travel in, despite its compact dimensions. The engine makes little vocal protest as revs mount and there's a welcome absence of wind noise.

Both the diesel and the 1.0-litre petrol, score highest in the economy stakes, but the quicker 1.5 VVT-iE doesn't disgrace itself with a combined average of 58.9mpg.

Translated into normal driving this works out at close to the 50mpg mark for most owners. With emissions of 112g/km, road tax is £160. 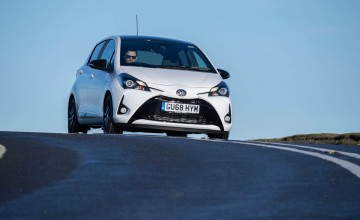