Price is right for

By Ian Donaldson on 2017-10-15 - Ian estimates he has driven more than 6,000 cars (so far) in a road testing career that's taken him around the world. He has spent several years as a full-time staff motoring editor and is now a busy freelance journalist

IT takes up as much road as a Range Rover Sport, comes dripping with kit and costs half what the smart set happily pay for their Chelsea tractors.

Less than half, actually, if you go for the least expensive version of SsangYong's new Rexton which hits the road at £27,500 and may make its maker's name known to the millions of motorists who've never heard of it.

For this South Korean export bears a badge more respected among folk who regularly tow two horses about the country and want something rugged, unpretentious - and cheap to do it with.

Well, the new Rexton is certainly all three of those attributes, but with a twist.

Take a long look at the new car - especially inside - and this is a SsangYong of a visual charm and substance undreamed of only a couple of years ago. It makes the old Rexton look like a car designed (and built) in the dark.

It's impressive enough to make you wonder how they can ship the cars from the factory and still make a profit. Perhaps there are hidden shallows that help cut corners...

We'll come to those later. First, a detailed look at what your £27,500 buys you in the shape of a Rexton EX. It starts with seven seats - including a third row that will take modestly sized adults in modest comfort, and a four-wheel drive system with selectable low ratios that will cope with serious off-roading.

It can pull a 3.5 tonnes load, or two chunky horses in their mobile home. It is also a heavy car, starting at 2,095kg, so a big caravan will present no problems either.

Every new Rexton is powered by a 2.2 litre diesel from Mercedes-Benz and is attached to either a six-speed manual transmission or seven-speed auto and its 178bhp produces decent performance (115mph top speed and 0-62mph in a little over 11 seconds) but here the sales pitch gets harder.

For the new Rexton is a thirsty beast and pumps out sufficient CO2 (at least 204g/km) to qualify for a nasty £1,200 tax hit in year one. Ouch. Business users (in a small minority, probably) also face a company car tax rate of 37 per cent. Ouch again.

The bad news continues on fuel consumption; the official average of the newcomer is at least 34mpg but an undemanding test route on free flowing public roads showed an unimpressive 25.7mpg. And no horse box attached, either.

Still, you have to remind yourself how little you paid for what feels a near luxury machine at rest, especially in top £37,500 Ultimate form which swathes you in soft leather and interior mood lighting, sits you on seats both warmed and cooled and electrically adjusted in the front and heated in the rear.

You can load your destination into a large screened sat nav system that wouldn't disgrace a Range Rover and admire the car's 20ins alloy wheels, HID headlamps and electronic tailgate when you arrive.

Depending on the state of the roads on the journey, you'll either feel relaxed or gently shaken. The Rexton is an old fashioned body on frame design that produces a car tough as old boots but one likely to shake and shimmy when the going gets a bit challenging.

This range topper has only two rows of seats, which means a big boot with the second row in position (820 litres) and turns simply vast (1,977 litres) with them folded flat. Entry level EX and midrange ELX (from £32,000) models with seven seats in three rows sacrifice some boot room, but not enough to render holiday packing an exercise in sartorial restraint.

Back to prices; this is a rare breed of car where it really does pay to head up the range for value. It might lack the poise and breeding of more established cars with similar capabilities but it looks a proper bargain - especially if you go for the dearest one. 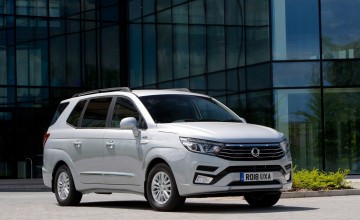 A NEW look SsangYong Turismo - the largest MPV on the market - has been... 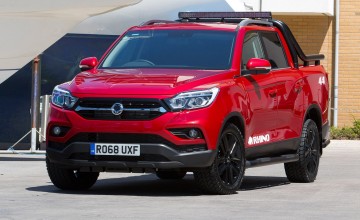 WHEN it's a car name you have probably never have heard of - and certainly... 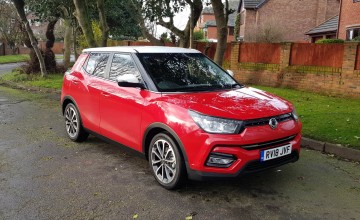