By Chris Russon on 2017-10-17 - The driving force behind Eurekar. Chris heads up a team of motoring correspondents under the Driving Force banner. Prior to Driving Force becoming independent in 2010 he was Chief Motoring Editor for Trinity Mirror Regional newspapers. Chris has been writing about cars for almost 40 years. 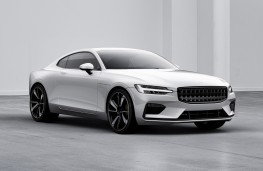 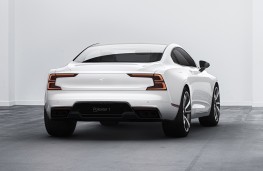 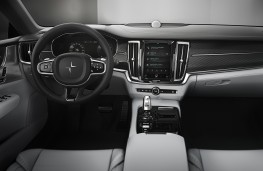 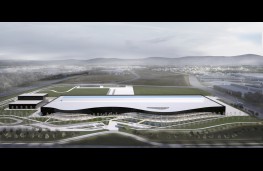 VOLVO and its Chinese parent company Geely is to pump some £600 million into its new Polestar performance brand, setting up a new factory in China and building its first model within the next two years.

The announcement was made in Shanghai where Volvo revealed the new factory in Chengdu would become a manufacturing hub for the Swedish car maker.

With China already seen as a major play in the electrification of the global auto industry, the new facility in the capital of the central Sichuan province will be key to Volvo's plans for all of its new cars to be fitted with an electric motor from 2019.

The electrified performance car will go in production in Chengdu in mid-2019, and will be closely followed later in 2019 by a smaller vehicle named Polestar 2.

Around half of the technology under the skin of the Polestar 1 is based on Volvo's in-house-developed SPA modular vehicle architecture which has already been used on its latest models including the XC90 SUV and the V90/S90 luxury estate and saloon cars.

Thomas Ingenlath, Polestar's chief executive, said: "Polestar 1 is the first car to carry the Polestar on the bonnet. A beautiful GT with amazing technology packed into it - a great start for our new Polestar brand.

"All future cars from Polestar will feature a fully electric drivetrain, delivering on our brand vision of being the new standalone electric performance brand."

The Polestar 1 has a host of new technologies, all aimed at making it a true driver's ca and is the world's first car to be fitted with the all-new class-leading Ohlins Continuously Controlled Electronic Suspension (CESi) advanced chassis technology.

A carbon fibre body reduces bodyweight and improves torsional stiffness by 45 per cent as well as lowering the cars' centre of gravity.

Additionally, Polestar 1 uses a double electric rear axle which enables torque vectoring. This supports the driver with precise acceleration on each wheel designed to keep maximum road grip and maintain speed while cornering.

Polestar 2 will start production later in 2019 and will be the first battery-electric vehicle (BEV) from the Volvo Car Group.

It will be a mid-sized BEV, joining the competition around the Tesla Model 3, and will be built in higher volumes than the Polestar 1.

The initial phase of the Polestar product roll out will be completed by a larger SUV-style battery electric vehicle, the Polestar 3, which Volvo says ‘will create a modern expression of electric performance and driving dynamics'.

With the creation of Polestar as a standalone brand - it has been linked with Volvo motor racing and performance cars for more than 20 years - the company is also pioneering a new way of car ownership where its vehicles will be ordered 100 per cent online and offered on a two or three year subscription basis.

The zero-deposit, all-inclusive subscription will add features such as pick-up and delivery servicing and the ability to rent alternative vehicles within the Volvo and Polestar range, all incorporated into one monthly payment.

The ordering and configuration of Polestar cars will be conducted online via a Polestar app or online portal and will be backed up by a network of ‘Polestar Spaces' around the world where the car can be seen in the metal.

Locations have still to be announced but Volvo says they will not be within its existing showrooms. 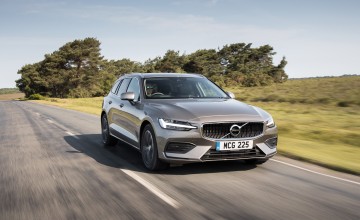 VOLVO has a plan. It's making all its cars so safe that no one will be killed...