By Patrick James on 2017-10-20 - The author has been a motoring writer for more than 16 years. Formerly motoring editor at the Coventry Telegraph, he now produces motoring copy, on new car launches and road tests on a freelance basis. 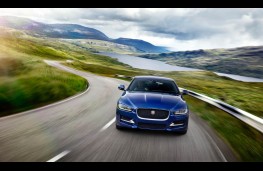 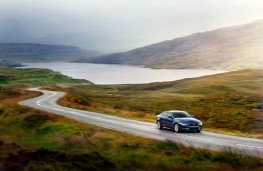 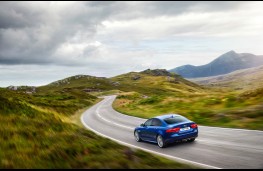 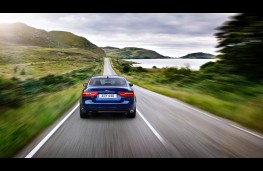 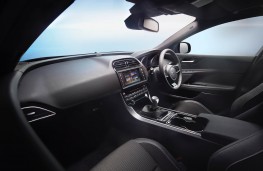 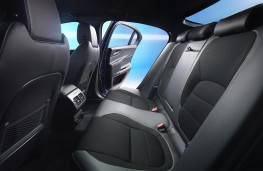 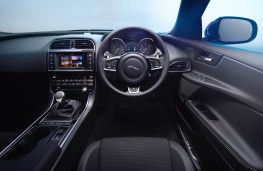 IN the congested world of the compact executive car market, Jaguar has been a long time joining the party.

Long dominated by German brands Audi, BMW and Mercedes with alternatives live Volvo and Lexus, it is a key area for a firm that prides itself on its luxury and sporting tradition.

The XE is as good as anything out there, offering seductive styling, a range of new, economical engines, pin sharp handling and the kudos of the Big Cat logo.

It looks racy, particularly in the optional Italian Red livery of this tested model, while the predominantly aluminium body reduces weight to increase performance.

With an entry price of well under £30,000, the five models offer something from the not-so-basic to real high-end luxury.

With it sleek, aerodynamic profile with sporty alloys and cats-eye shaped light clusters and distinctive J-Blade running lights, it has a feline, sporty stance.

The honeycomb grille and air scoops, plus other subtle trim additions, plus the Big Cat logo round off the package.

The interior is much the same, a classy, simple to use layout that is dominated by an eight-inch central touchscreen which controls connectivity, infotainment, navigation and climate. It is also contains various apps with Spotify streaming now available as is Apple watch connectivity.

The interior is a pleasant, if ever so slightly cramped place to be. The now familiar rotary gear change is in evidence as is the pulsing starter button. The infotainment screen is simple and intuitive while other dials, buttons and stalks are logically place.

For the most part doors and dash are finished with good soft touch material and aluminium trim and inserts. For the most part that is, for those who it bothers, there is some cheaper plastic trim as well, but it doesn't detract from the classy interior look.

The electrically operated leather seats are firm, but comfortable and multi adjustable while the multi-function steering wheel is also leather trimmed.

The sleek styling means headroom is at a premium and visibility isn't the greatest, and boot space isn't great for the class but can be increased with the split/folding rear seats backs.

The R Sport tested here lives up to its name with a host of extra equipment and the choice of normal driving through the eight-speed automatic gearbox or switching to sport and the paddles where everything stiffens up for much more thrilling drive.

The car clings limpet-like to the road with the direct and responsive speed proportional steering providing excellent feedback. It feels nimble and agile and handles like a dream.

Jag's sporting pedigree is not let down by the XE. Enhanced in fact and the two-litre Ingenium diesel engine is both lively and frugal, while the ride and handling are simply superb.

Usually rear wheel drive, this model offered all wheel drive with torque vectoring for even more stability. This system allows power to be directed to any one wheel when wheel spin is detected,

The refined power unit propels the car to 60mph in just over seven seconds and on to a top speed where permitted of 140mph, while delivering a claimed economy of around 60mpg.

I have to say it didn't seem that far off the mark aflter plenty of mixed driving.

As you would expect in the executive car class, wind, road an engine noise are virtually absent.

The mid-range R-Sport adds goodies like the body kit additions, the leather seats, dimming mirror plus other bells whistles, while safety kit in all models is comprehensive.

The XE is a world away from the ill-fated X-TYPE which was Jag's last foray into the compact exec sector.