By Ian Johnson on 2017-10-24 - Ian has been a member of Driving Force since its inception. He began his career in journalism in 1962 on the Cheshire Observer and took over the paper's motoring column in 1966. Specialist areas include classic cars, product launches and automotive comment. 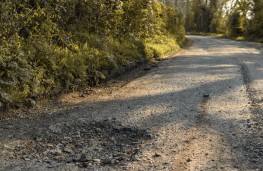 THERE is no doubt about it, the problem of potholes is not going away.

Dwindling highway maintenance budgets have led to an enormous reduction in cash for pothole repairs.

The impact of this, compounded with rising traffic levels, is putting drivers at risk, warns new analysis from AA Tyres the AA's mobile tyre fitting service.

The research reveals that annual road maintenance budgets have been cut by £220 million since 2014.

During the same period, however, annual road traffic levels increased by 11.4 billion miles across England and Wales, further burdening an ageing and consistently underfunded road network.

With significantly smaller maintenance budgets, local authorities have been forced to slash annual expenditure on pothole repairs by £42 million since 2014, resulting in 35 per cent fewer repairs last year than in 2014.

And it's the country's drivers that are paying the cost: one in three motorists have experienced vehicle damage in pothole-related incidents during the last two years, according to the AA Tyres research, including expensive damage to tyres, wheels, tracking and bodywork.

Simon Benson, director of motoring services at AA Tyres said: "With the government allocating significantly smaller budgets for highway maintenance, the country's roads are suffering and we've seen a sharp decline in the number of potholes repaired each year since 2014.

"A distinct lack of funding means that the country's roads are deteriorating, putting drivers at risk and making pothole-related damage to cars increasingly likely.

"There are several ways youcan minimise the risk of damagecaused by potholes. Ensuring your tyres are inflated to therecommended pressure will help as a pothole impact with soft tyres is more likely to lead to wheel rim and other damage. You can find the correct tyre inflation pressuresin either your vehicle's handbook, on the label inside the driver's side door frame or inside the fuel cap.

"Resist the urge to swerve or brake to avoid potholes. Swerving may meanlead to loss of control especially if you hit the pothole while trying to avoid it which, in turn, can cause even more damage than if you allowed the tyre to pass over the pothole in a straight line. Similarly,heavy braking compresses the front suspension which canplace more weight and shock on the tyre and suspension as it strikes thepothole.

"You should reduce yourspeed ifyou know you're approaching a pothole as this will lessen the chance of serious damage to tyres, wheels and suspension. Do the same if you're approachingstanding water as this may disguise a deep and potentially dangerous pothole.

"If you do hit a pothole with some force, stop when it's safe to do so and check your tyres for any obvious damage such as a split or bulge. If the steering pulls to one side or if the car handles oddly, or there are unusual vibrations then get your tracking and suspension checked as soon as you can." 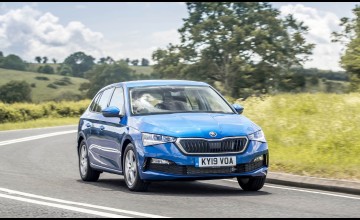