lords it at the Ring

By Stewart Smith on 2017-10-24 - Stewart was the former motoring editor of the Coventry Telegraph and is now a freelance contributor to Eurekar. He is based in Scotland and specialises in First Drive reviews. 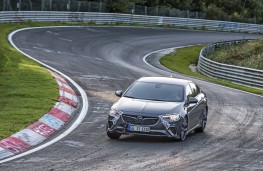 VAUXHALL'S all-new Insignia GSi has demonstrated its increased performance levels at one of the world's most challenging race circuits, Germany's Nurburgring.

The superior performance of the new Insignia GSi is down to advances across the vehicle, which include all-wheel drive with torque vectoring, a new mechatronic FlexRide chassis, Brembo four-cylinder brakes and Michelin Pilot Sport 4 S tyres on 20-inch rims.

Power is delivered by a 2.0-litre turbo petrol engine supported by an eight-speed automatic gearbox, offering shift-paddles on the steering wheel to provide an active and responsive driving experience.

Sitting 10mm closer to the road than the rest of the Insignia range, and taking 160kg off the previous Insignia VXR, the GSi is the quickest Vauxhall production car to take on the iconic German track.

Having undergone extensive testing at the Nurburgring the Insignia GSi - wearing the badge of Vauxhall's sister brand Opel - took 12 seconds off the time set by the outgoing VXR model.

Vauxhall's director of performance cars and motor sport, Volker Strycek, said: "The lightweight architecture, excellent chassis configuration and unique all-wheel drive system, along with the performance tyres make the GSi as precise and sharp as we wanted it to be."

"The results speak for themselves, and the new Insignia GSi can lap the Nurburgring up to 12 seconds faster than its more powerful VXR predecessor. Where the course becomes more demanding and requires the car to react with more agility and precision, such as in the corners or stretches with low friction, the GSi is definitely faster and easy to control."

Drivers can choose from three driving modes, standard, tour and sport, while Vauxhall has also developed a fourth setting exclusively for the Insignia GSi named "Competition".

With a double press of the ESP button, the GSi switches the traction control off and allows more yaw, giving skilled drivers the chance to excel when on the track.

The new Insignia GSi will be available in either Grand Sport or Sports Tourer body styles when it arrives in Vauxhall showrooms next year. Prices have yet to be confirmed. 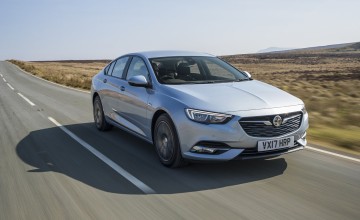