By Chris Russon on 2017-10-25 - The driving force behind Eurekar. Chris heads up a team of motoring correspondents under the Driving Force banner. Prior to Driving Force becoming independent in 2010 he was Chief Motoring Editor for Trinity Mirror Regional newspapers. Chris has been writing about cars for almost 40 years. 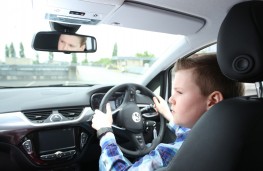 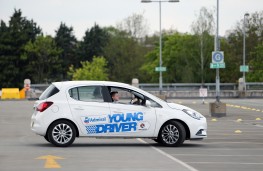 A THIRD of young drivers are now completely reliant on satellite navigation systems to get them to their destination, according to new research.

The study by the Young Driver training organisation has revealed that many a motorist now sets off on a journey without any idea of the route they will take.

And the dependency on sat navs grows the younger the driver with 33 per cent of those under the age of 24 saying they left themselves entirely in the hands of technology when it comes to navigation.

Young Driver questioned almost 2,500 motorists of all ages about their opinions of the new driving test which comes into force in December and for the first time will include the use of sat navs while out on the road.

Other changes to the test - designed to make it more relevant to everyday driving - include an end to the dreaded turn-in-the-road and reverse around a corner manoeuvres which are to be replaced with one of three possible reversing exercises, including parallel or bay parking - an operation some 30 per cent of drivers said they struggled with.

As well as showing competency when it comes to using a sat nav, there will also be a longer section of independent driving in the new test and a question and answer session to assess whether it is safe to do something such as opening windows or putting on the wipers.

One in four current drivers in the survey said they thought the hardest thing about driving is dealing with distractions, including passengers talking and external places of interest, rather than the mechanics of working the car.

Laura White, head of marketing at Young Driver, said: "We were intrigued to see what drivers thought of the upcoming changes and although some seem hesitant, given what they're telling us about being a driver - how important sat nav has become, how hard it is to deal with distractions and how bad many of us are at reversing - it seems that the changes are actually very sensible."

Young Driver provides driving tuition for 10 to 17 year olds in a fleet of dual-control Vauxhall Corsas and will be changing elements of its lesson structure for pupils to include some of the new focus of the revised test which starts on December 4.

However, training will still be given on basic handling skills such as a three-point-turn. Almost half of those who took part in the survey said they had performed a u-turn at some point in the past month.

And although being able to use a sat nav is now considered essential, Young Driver will be reminding pupils that keeping safe on the roads includes being aware of where you are and how to adapt if situations change.

"At Young Driver we've been working for eight years now to better educate youngsters behind the wheel, long before they can get on the road for real," said Ms White. "Research shows that if they can become more practiced at the basics of driving before they turn 17 it makes them a safer driver - almost half as likely to have an accident straight after passing their test than their peers.

"Making the fundamental driving skills become second nature, so they become more ‘automatic', leaving the driver better able to deal with distractions and be aware of other road users is key - as is spending as much time as possible with a qualified instructor. It sounds like many of us wish we'd had more chance to learn some of the basic manoeuvres better - reverse parking is always the issue!"

KNOWING which lane to use on a motorway is key to reducing risk and congestion,...

How to beat the ‘cat' burglar

STOLEN vehicle recovery experts, Tracker, is putting the spotlight on a new...