By Edward Stephens on 2017-10-29 - Edward edits the motoring pages of the Birmingham Mail and Birmingham Post as a freelancer after more than 35 years on the staff. Also writes on motoring for various other newspapers, trade magazines and well known websites. 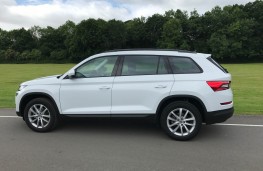 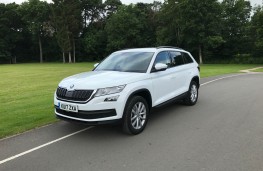 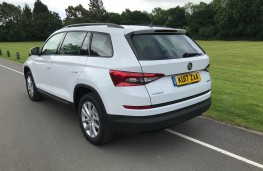 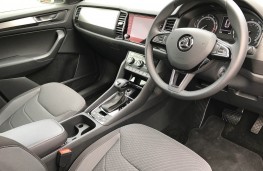 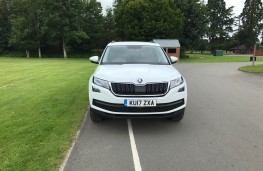 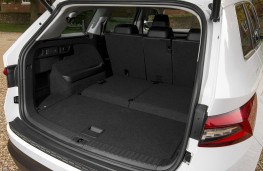 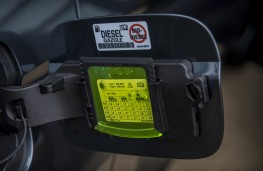 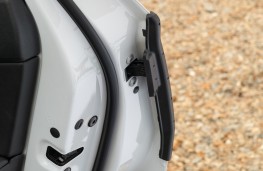 THE battle for sales of SUV models hotted up in April when Skoda launched what is arguably one of the best in the business - the new, and slightly oddly named Kodiaq.

In an ever crowded market it's a car which is refreshingly enjoyable and easy to drive and actually inspires you to spend more time behind the wheel.

The Kodiaq is a large car by any standards but a tapering roofline and sleek bodywork disguise its size somewhat.

Step inside, however, and it's the vast amount of space available which first hits you.

Rear seat passengers have limousine-like leg room and the height and width of the car gives it a spacious and airy feel.

Luggage space ranges between 720 litres and a hefty 2,065 litres depending how many seats you have folded down so there is never any problem with holiday luggage.

Available as both a five and seven-seater - the latter having a Â£1,000 premium - the Kodiaq is one of Skoda's two flagship models and it shows.

From the brushed metal on the dashboard to the quality seating the interior has an up-market and solid feel to it.

This car was a middle-of-the-range SE model with a 1.4-litre, 150bhp TSI petrol engine mated to a six-speed DSG (automatic) gearbox.

And while it's easy to think that such a small engine is too tiny to power such a large car this turbocharged unit makes light work of it, and what's more does it in a very silent and refined manner.

In fact the Kodiaq with this engine is one of the quietest cars in its price bracket I have driven in a long time even when accelerating hard.

What is all the more surprising is that when you are cruising along with little pressure on the accelerator the engine cuts its power by 50 per cent by going into two-cylinder mode to save fuel.

And we are not just talking about town speeds of 30mph - 35mph here. Reach your 70mph cruising speed on the motorway and the same thing happens. Only when you depress the accelerator harder does the complete engine come imperceptibly back into play.

The result is a large petrol-fuelled car which will average 48 miles per gallon, while still being capable of whisking you from standstill to 62 miles per hour in just 9.6 seconds.

Despite the size of the Kodiaq - named after the remote Kodiak island in the Gulf of Alaska where 3,500 Kodiak bears live - it feels light and is easy to drive.

Get behind the wheel and you soon forget how much metal is behind you as it has very much a family hatchback driving feel to it. It's highly manoeuvrable and never feels bulky.

And despite its height there is little body roll and it always feels well planted even on the fastest of bends.

Skoda prides itself on what it calls its "Simply Clever" features in most of its cars and the Kodiaq is no exception.

So while like on other models you get an umbrella in the driver's door and an ice scraper behind the fuel filler flap, on the Kodiaq you also get cleverly designed plastic door edge protectors which spring out as you open the doors to protect the edges from being damaged. 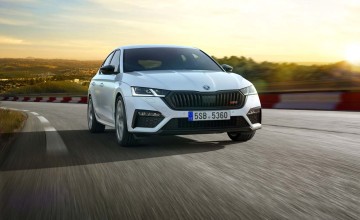 THIS is next year's new generation Skoda Octavia - as envisaged by the Czech...