By John Murdoch on 2017-11-03 - John is regional editor for Media Scotland's Lanarkshire and Lothian titles. Three times president of the Association of Scottish Motoring Writers he has been writing about cars for over 40 years. Recently awarded lifetime membership of the National Union of Journalists and was the subject of a motion in the Scottish Parliament congratulating him on his service to newspapers. 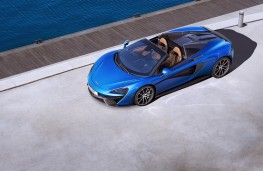 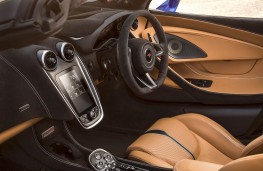 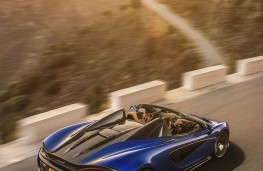 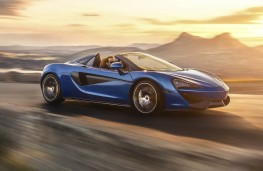 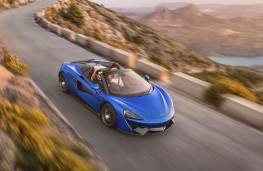 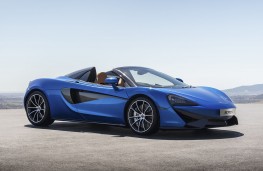 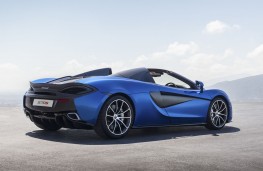 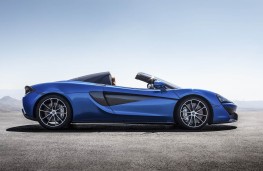 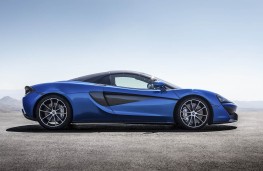 BACK in June I got my first view of the sensational McLaren 570S Spider when it made its debut at the Goodwood Festival of Speed.

The Spider is a stunning mid-engined masterpiece and its fantastic looks match its blistering performance.

I finally got my hands on one a couple of weeks ago and was blown away by the thrilling driving experience.

With 200mph-plus on tap this convertible rear-wheel drive supercar provides all the rush you could ever want from a car plus open-air fun.

Surprisingly the Spider is also very comfortable and refined and is also happy when it is purring through towns and villages at low speeds being admired by other motorists and pedestrians.

The Spider is the third bodystyle in McLaren's Sports Series and lines up alongside the Coupe on which it is based and the GT.

Starting price of the Spider without options is £164,750 - a lot of money but a bit of a bargain when you consider it is a hand-crafted supercar. The first 400 were snapped-up in the blink of an eye and if you place an order now you will have to wait till next summer at least before taking delivery.

The Spider's clever roof is an integrated, two-piece retractable hardtop constructed of lightweight composite panels which can be opened or closed in 15 seconds, at speeds up to 25mph.

They give the car the same sleek appearance whether raised or lowered and, most importantly, there's no performance compromise compared with the 570S Coupe, even though the Spider weighs in at 46kg more than thanks to the hardtop roof and its operating system.

This is because the car's chassis and tub are so strong that it did not require any extra strengthening and as a result the only additional weight is for the mechanism.

In combination with a seven-speed seamless-shift gearbox featuring Launch Control technology, the result is a luxury sports convertible with supercar acceleration from standstill to 62mph in just 3.2 seconds and a top speed of 204mph with the roof in place - identical to the 570S Coupe - dropping to a still astonishing 196mph with the roof down.

Another feature is the glazed wind deflector which can be raised or lowered at the touch of a button and enables you to enjoy the fabulous noise from the engine with going completely topless.

Entry to the Spider is fairly easy via the dramatic dihedral doors and access is even easier when the roof is down. Inside it is very civilised for asupercarwith all the luxury touches and technology you would expect.

Visibility is surprisingly good all round and the cabin is very refined with nice switchgear, a digital dash and luxurious leather trimmings.

If you press a button marked 'Active' on the centre console you unlock a number of user-configurable settings for the chassis and powertrain with three modes selectable independently for each, ranging from Normal to Sport and Track.

Normal is the setting of choice as this car is more about having fun on the road and thanks to the fantastic electro-hydraulically assisted steering you can certainly have any amount of it.

It is superbly involving and allows you to make the right decisions.

The car generates an amazing amount of grip and even on public roads it is special. The set-up is really well sorted and it corners as if it is on rails. The standard carbon-ceramic brakes are designed to scrub off speed without fuss although they do require quite a bit of pressure.

If you encounter speed bumps in town you simply press a button and the Spider's neat nose will lift to avoid expensive damage - a very useful feature.

Amazingly the Spider is also quite practical with a 150-litre front boot and with the roof in place there is an extra 52 litres of luggage space underneath the hard tonneau cover behind the passenger cell.

Apparently the Spider is capable of returning 26.6mpg - but don't expect to get anywhere near that as you will be too busy enjoying yourself to care about economy.

McLAREN didn't have anything new to wow the crowds with when the Geneva motor... 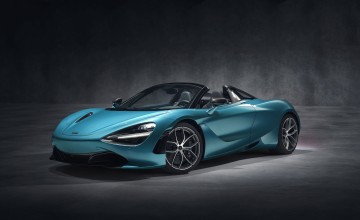 BRITISH supercar maker McLaren is expanding its Super Series range with the...