inspired by the sea 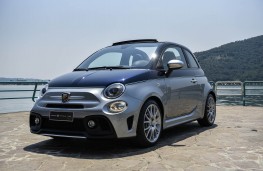 AN ultra high performance version of Abarth's small and stylish urban runaround has made its UK debut - alongside some of the world's most expensive watches.

The £22,860 Abarth 695 Rivale special edition takes its inspiration from the 56 Rivale luxury yacht and comes in two-tone Sera Blue and Shark Grey with Aquamarine double stripes, said to represent 'a thin line of sea on the horizon'.

Which you'll be able to approach quickly thanks to the car's 1.4-litre 180 horsepower engine which takes this Abarth to a 139mph top speed and polishes off the sprint to 62mph in 6.7 seconds.

Optionally, you can choose to have a handwritten nameplate fitted with the same screws used on a Riva yacht.

Making the Abarth 695 Rivale sound sporty, corner quickly and stop in a hurry are an Akrapovic exhaust with carbon tailpipes, 17-inch Supersport alloy wheels and Brembo brakes with black calipers.

The car is on show at Salon QP at the Saatchi Gallery in London, alongside an Abarth 124 Spider, a performance version of the Fiat 124 Spider with a 170 horsepower engine and 142mph top speed. 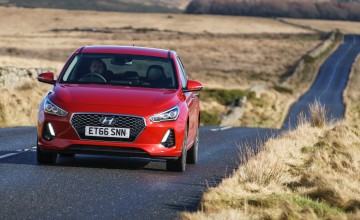