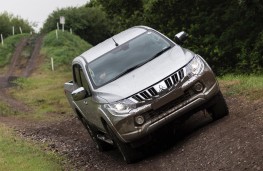 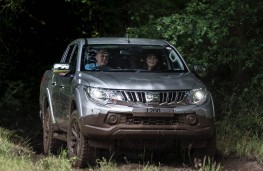 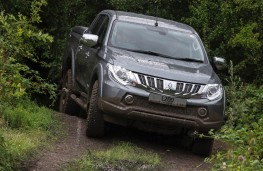 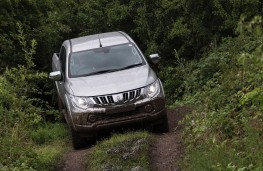 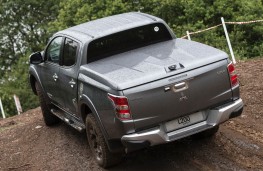 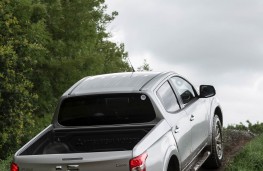 THE days of pick-up trucks being simple, basic and a somewhat crude form of transport humping loads around everywhere by scruffily dressed workmen are long gone.

Today's breed has to be far more technically sophisticated with car-like refinements on board so they also attract a wider audience.

They still have to be able to serve those same load-lugging needs though but also now need to attract family car buyers who have 'active outdoor lifestyles' like towing speed boats and caravans around, carrying surf boards et al.

Car makers have been quick to jump on the new pick-up band waggon in recent years but Mitsubishi clearly had a head start on most with the L200 first turning up on these shores more than 30 years ago.

Driving one at the original launch then I can recall and it was certainly basic (but practical) in every sense of the word and still aimed as a basic load-lugger with just one cab with Spartan interior, column gear change and a ratchet style handbrake emerging from underneath the dashboard.

Sophisticated it was not with uncomfortable plastic covered bench style seats but at least it had a basic radio on board without any other trimmings.

The L200 did well in what was then a small sales market and over the years it's gradually matured keeping a loyal band of farmers, self-employed builders and other workmen while attracting that new breed of leisure buyers.

Now in its fifth generation this latest L200 bears no resemblance to that original model I drove and like its current crop of rivals is far more sophisticated in its make-up with all the home comforts of a normal family car.

It's also easy to see why the L200 remains one of the best sellers as this latest version sets new standards in the pick-up world in terms of improved refinement, both in the cab and underneath with improved suspension and more efficient engines providing even better on and off-road performances.

There's a choice of three cab styles - single, club cab and double cab - plus nine different trim levels making quite a wide choice whether for genuine work needs or leisure activities or even both.

In addition there's the choice of just two-wheel-drive or, at the flick of a switch to have immediate four-wheel-drive.

Prices reflect this too with the entry-level 4Life Single Cab coming in at £22,255 through to the Double Cab Warrior driven here costing £30,885.

The standard level of equipment on board, even with the entry-level model, is definitely impressive and includes plenty of safety kit like seven airbags plus stability control, hill start assist, trailer stability assist to help when towing, air conditioning, electric windows and more.

The general interior on all models is about the best in class and the overall levels of comfort are in tune with today's Sports Utility Vehicle models - definitely a far cry from the L200 of even a decade ago.

All versions have the same 2.4-litre turbocharged diesel engine with a modern valve timing unit on board although the lower priced two-wheel-drive (2WD) has slightly less power output at 151bhp while the more expensive including the four-wheel-drive (4WD) has 178bhp.

The lower powered models also have a six-speed manual gear change while the dearer versions like the Warrior have a most efficient five-speed automatic gearbox complete with paddle shifters mounted on the steering wheel for ease of changing.

The Warrior automatic version also has the advantage of a 1,050kg payload which means that it's over the 1,000kg payload threshold it qualifies for the lower commercial vehicle company car tax rate - a crucial factor for the one-person business operator.

The fully revised suspension across the range is stiffer than before but not at the expense of a comfortable ride although it has helped improve the pick-up's handling and general stability.

Obviously the dearer Warrior version has a little bit more standard kit on board and of course the ability for the driver to easily change from 2WD into 4WD courtesy of a simple switch positioned on the console between the two front seats.

The whole system has been lifted out of Mitsubishi's bigger Shogun SUV.

With the double cab it's good to see that Mitsubishi engineers have changed the rear doors to now hinge at the back which makes getting in and out of those rear seats so much easier.

Under 2WD motoring the Warrior has a rear based 60:40 torque split for normal road driving which also cuts under steer but for off-roading the driver can switch it by using the centre differential lock in either high or low range and the result is highly impressive.

It can cope with the most severe cross-country underfoot conditions as I encountered and still come out smiling at the other end.

Out on normal roads the ride is much better this time around and so is the overall refinement while at motorway speeds the engine at about 1500 rpm is so quiet although there is a bit of road noise coming into the cab. The pick-up's steering is also now much lighter and more responsive.

Overall this latest L200 is still ahead of its rivals and as for buying it as always depends on individual driving needs and the bank balance. 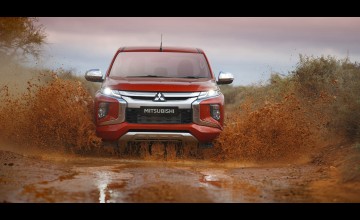 IN an age where many SUVs have gone down the soft roader route there is...

THE best of both worlds, in the eyes of most SUV buyers, is a crossover with...