By Ian Johnson on 2017-11-05 - Ian has been a member of Driving Force since its inception. He began his career in journalism in 1962 on the Cheshire Observer and took over the paper's motoring column in 1966. Specialist areas include classic cars, product launches and automotive comment. 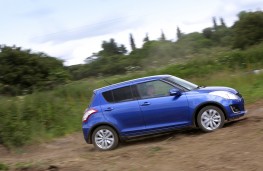 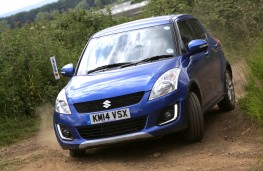 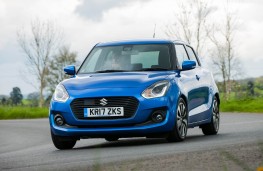 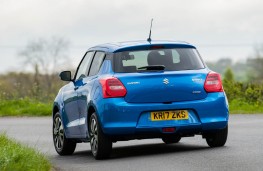 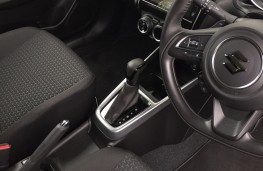 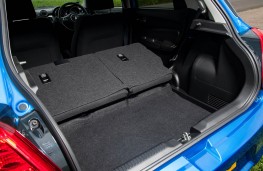 SO, there we were at a red light with an empty dual carriageway stretching ahead.

I was driving a little one-litre three-cylinder automatic and what should be in the lane next to me but one of the legends of the road - a Bristol 411 dating from the 1970s.

A noble steed indeed. This intensely British gentleman's express with massive six-litre plus V8 power on tap should have left my little hatchback in a cloud of dust, but with modern engineering strange things happen.

I should have seen the sizzlingly understated rear of the Bristol disappearing into the distance with its 664bhp in full delivery mode, but a surprise was in store. When the green light appeared I hit the gas in the Suzuki and it actually surged ahead of this iconic performance car and held its lead up to 50mph when the Bristol's power curve got the upper hand.

Years ago such acceleration in a tiny-engined automatic would have been unheard of but the game has changed with engines like the Suzuki 1.0-litre Boosterjet, a miniscule petrol unit that can provide the punch of a 1.6. Much of its grunt is low down the speed range and it certainly showed.

Capable of 118mph with a 0-62mph sprint time of 10 seconds this 998cc unit linked to an automatic transmission demonstrated to me that Suzuki has thrown accepted limitations and pre-conceptions out of the window and a new order rules.

The Swift 1.0 SZ5 Boosterjet Auto is riding high not only on the popularity of the Swift range as a whole, but also on the resurgence of the petrol engine.

Suzuki has massive expertise in the world of small cars and this cheeky little supermini explains many reasons why this Japanese marque has made such gains in retail sales.

The company may have a way to go in the business car market but it has family motoring in the bag.

The model, which costs £15,849 is part of the new Swift range which is available in five-door versions only and is priced from £10,999 with petrol and diesel engine options.

After driving the car for a few days its smoothness was a major factor. Some small three-cylinder cars can vibrate a little at tick-over and be somewhat noisy under acceleration.

The Swift however demonstrates tremendous refinement in its field with a smooth tick-over and a muted growl only under heavy acceleration.

Standard equipment for all Swift models in the range is comprehensive and the SZ5 model I drove featured six airbags, air conditioning, DAB radio with Bluetooth and four speakers a 4.2-inch colour screen, cruise control and much more including 16-inch polished alloy wheels and satellite navigation.

There was an advanced forward detection system, keyless entry and start and rear electric windows. The six-speed automatic transmission on the test car is an option but one I can recommend because it suits the Boosterjet engine so well.

At just 3,840mm long, the new Swift is 10mm shorter than the outgoing model, while its wheelbase is 20mm longer, creating more interior room including 25 per cent more luggage capacity at 265L, or 54 litres more. It is also 15mm lower and 40mm wider, further accentuating its low and wide stance. 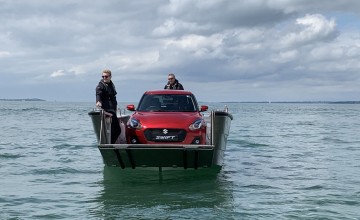