By Ian Johnson on 2017-11-09 - Ian has been a member of Driving Force since its inception. He began his career in journalism in 1962 on the Cheshire Observer and took over the paper's motoring column in 1966. Specialist areas include classic cars, product launches and automotive comment. 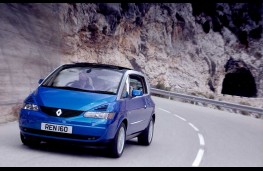 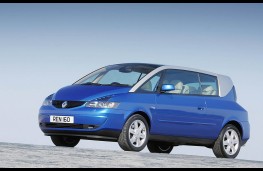 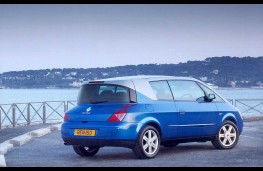 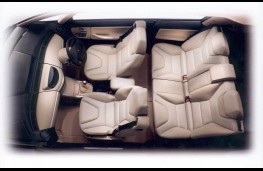 WAS it an MPV, a coupe, a GT or a hatchback?

Years later the jury is still out over the Renault Avantime, the car which defied classification.

It looked like a stylish MPV but its two-door passenger access and luxury seating threw this idea out of the window.

It was too high riding to be a luxury coupe, not quite fast enough to be a true GT and was far too snooty to be a mere hatchback.

It was totally misunderstood at the time of its launch in the 2000s and has now emerged as a an enlightened crossover concept - years ahead of its era.

The Avantime, with its clever double hinged side doors to aid access in tight parking spaces attracted a fair bit of stick at the time of its launch but I was always a fan and now see just how clever it was.

In styling terms it was a one-box design without door pillars and set out to woo the motorist to take advantage of the space and design to enjoy a different style of motoring.

The name combines the French word 'Avant' (meaning "ahead") and the English word 'time'. A quaint combination which worked well but still conjured up images of the South of France.

And this was where I drove the Avantime for the first time, taking in its unusual styling, including the famous Renault wasp-shaped rear.

And it was a surprisingly rewarding drive. The Avantime utilised the automotive space frame of the first Renault Espace and power was courtesy of the punchy Renault 3.0-litre 24 valve V6 petrol engine coupled to a six-speed manual gearbox or five-speed automatic transmission. It was not exactly advanced technology but it was enlightened thinking.

The original idea came from Matra which had a hand in its development, and the car was designed by Patrick Le Quement.

There were some clever and expansive French gestures about this car, one being an amusingly named grand-air button which opened windows and sunroof at the same time.

The problem was that few grasped the significance of this model. Like so many cars ahead of their time, the Avantime's sales were poor and when Matra decided to pull out of the automotive production business in 2003 (partly a result of the financial loss incurred by the poor sales of the Avantime), Renault chose to discontinue the model rather than move its production elsewhere.

A total of 8,557 were built but sales in the UK were predictably low. With only around 393 on the road in Britain in 2005 it was never going to be a raceaway success.

But it has become a car for the collector and there are still 218 examples registered with a good number on SORN.

So why did it not take off? It was just too expensive, too quirky for its time and many drivers associated the one-box shape with boring MPVs or utility vehicles.

The Avantime never got the chance it so deserved and it is only now with the advent of various crossover designs that we can see just how brilliant it was.