By Ian Donaldson on 2017-11-09 - Ian estimates he has driven more than 6,000 cars (so far) in a road testing career that's taken him around the world. He has spent several years as a full-time staff motoring editor and is now a busy freelance journalist 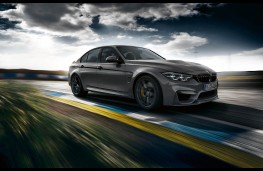 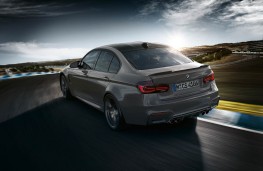 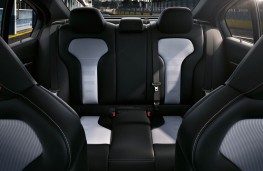 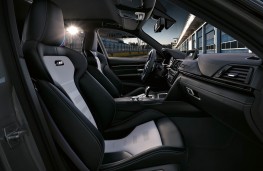 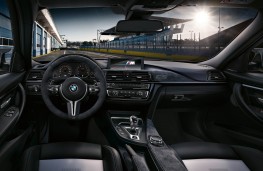 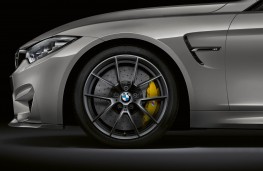 DRIVERS who want to combine the practicality of a four-door saloon with searing race track ability will want to study the new £86,380 BMW M3 CS in some detail.

With 460 horsepower from its 3.0-litre twin turbo six-cylinder engine and maximum torque of 600Nm (figures up 10 and 50 respectively over the standard M3 with Competition Package), the new car will hit 62mph in 3.9 seconds and top out at 174mph.

BMW has been serious about adapting the car for track work, down to changing the oil feed to the engine to keep lubricant flowing under extreme cornering forces and fitting track focused tyres (with the option of more road and wet surfaced rubber available).

Power is fed to the rear wheels through a seven speed dual-clutch gearbox which will change ratios at a heady 7,600rpm under race track conditions and comes with launch control for maximum attack off the line.

Adaptive M suspension has three settings - comfort, sport and sport+ and the dynamic stability control (DSC) can be switched to allow for light drifting on track.

Like the M3, the new CS comes as standard with the BMW M compound brake, It works with four-piston calipers at the front and a two-piston system at the rear.

Compared to a conventional brake system, the composite brake is characterised by its significantly lower weight which contributes to a reduction in unsprung mass.

Carbon fibre reinforced plastic (CFRP) is used to add lightness to bonnet and roof and help keep weight to 1,585kg. M-Sport seats are lighter than those fitted to lesser versions of the M3 but the new car still comes with climate control and a Harman Kardon sound system.

The three-part front splitter not only emphasises the dynamics of the M3 CS, but also fulfils technical tasks.

The large air intakes serve to provide efficient cooling to the six-cylinder twin-turbo engine and also the braking system. Made of lightweight carbon fibre, the splitter effectively reduces the lift on the front axle.

Further reducing the load on the front axle is the lightweight CFRP bonnet with a large air intake as featured on the M4 GTS and DTM Champion Edition.