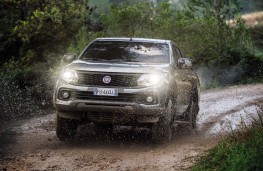 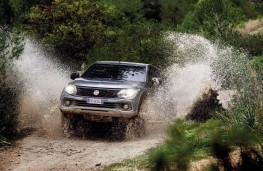 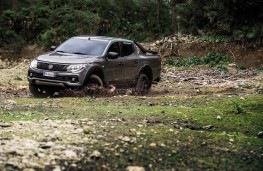 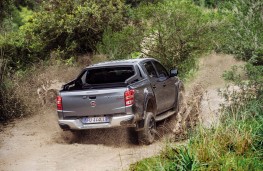 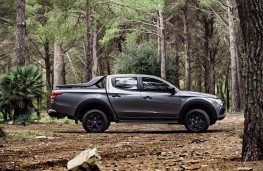 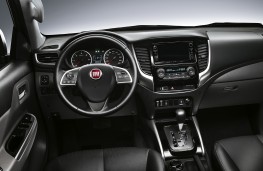 HAVING already jumped into bed with Mitsubishi to produce its first purpose-built pick-up truck Fiat bosses have now gone the whole hog with the introduction of a fully-fledged off-road version called the Fullback Cross.

Like the earlier Fullback this up-market Fiat off-roader is based on Mitsubishi's best-selling L200 pick-up which means the Italian brand can't really go wrong in entering this burgeoning niche in the auto market where sales are already up 10 per cent this year.

With the development of a new model from scratch costing millions of pounds, it's little wonder there's a continuing increase in model sharing and in this case it makes commercial sense for Fiat to utilise Mitsubishi's know-how and considerable success in the pick-up market.

So the Thailand-made Fullback Cross has much of the L200 mechanics and engineering hardware under its skin, including the four-wheel-drive system and the same 2.4-litre 177bhp turbocharged diesel engine.

Similarly there's the choice of a five-speed automatic or a six-speed manual gearbox and the Fullback Cross is clearly aimed, as with the more expensive L200 versions, to those people called ‘lifestylers'.

These motorists want car-class comforts but a real rugged 4x4 that's versatile, looks different and can be used as daily transport, then come the weekend as a leisure vehicle that can tow a boat, a pair of jet skis or throw surf boards in the back.

Although identical in many ways to the L200 what Fiat has done is to make the Fullback Cross a more upmarket offering.

Some would say it has a more aggressive, look and feel about it with small, subtle cosmetic design changes and loading higher levels of standard equipment so that it stands out and is a bit posher than the rest of the so-called lifestyle pick-up trucks.

The Fullback Cross has a distinctive touch of black from the outside with black wing mirrors, door handles, wide black coloured wheel arches along with black alloy wheels and real chunky 17-inch heavy duty tyres.

For this Fiat incarnation there a new grille with black ingots at the front, satin silver colour skid plates, LED daytime running lights, Bi-Xenon headlights plus an aerodynamic textured black sport bar over the load area at the back.

The Fullback Cross has a three metre wheelbase, can carry a load of 1.1 tonnes in the pick-up space and is able to tow up to 3,100kg and whilst most such pick-ups are not renowned for being too manoeuvrable this one has a turning circle diameter of 11.8 metres - best in class.

It has hill start assist but disappointingly for drivers who do serious off-roading there's no hill descent control. That said, there's plenty of safety features on board including seven airbags, electronic stability control and trailer stability assist for those who will be busy towing.

It's fine to drive with no quirks and in all honesty is very similar to the L200. Clearly the automatic version is the one to choose.

It's responsive when needed, noticeably quieter and gives a smoother ride out on the motorways than the L200 and only becomes a little unsettled when driving briskly around twisty, hilly country roads.

When the going underneath does get tough the selectable 4WD system is easy to use and on board is a Torsen central differential that automatically shares the torque between the front and rear axles depending on where traction is needed.

This Fiat version certainly has nicely weighted steering and for such a big pick-up it's quite easy and flexible to drive even when negotiating congested city centre roads and traffic.

Overall the Fullback Cross is a competent performer, exceptionally comfortable with a few more inside treats than its main rivals and it will do what exactly 4x4 pick-up drivers want.

In terms of cost the Fiat versions are slightly more expensive than their L200 counterparts but then they do have more standard kit with the manual version coming in at £26,495 (exclusive of VAT) and the automatic model £27,895.

Fiat bosses say the UK will be the biggest selling market for the new Fullback followed by Germany, France and then Italy - and first drive evidence shows it's the answer for many motorists looking for the best of both worlds but in a truck with a bit more style and class about it. 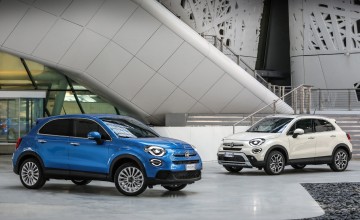 FIAT is updating its 500X crossover model with a new look inside and out and... 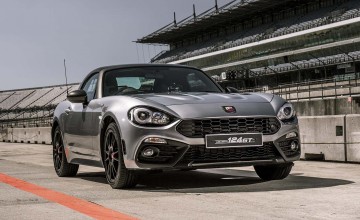 Abarth 124GT for the lucky few

THE new flagship version of Fiat's 124GT is now available in the UK, following...