Kia shows a sting in 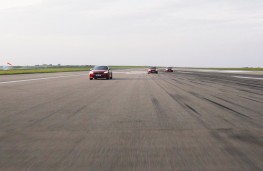 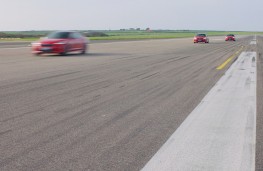 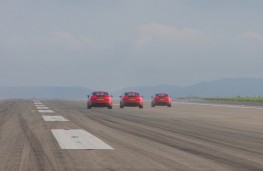 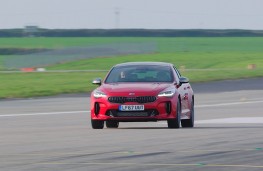 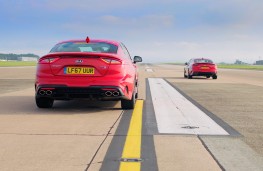 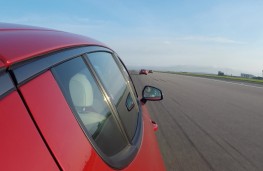 IN a display of astonishing high speed to celebrate the official UK launch of the new Kia Stinger, three GT S models took to Cornwall Airport Newquay's runway achieving speeds of over 150mph.

Demonstrating the power and mile-munching ability of the new Stinger, three professional drivers took to the former RAF St Mawgan air strip in a staggered V pattern, giving onlookers a jaw-dropping view of the vehicles' capability in a place not normally associated with cars.

Starting at the east end of Newquay Airport's 1.7-mile runway, the vehicles deployed full throttle until reaching the last quarter-length of the tarmac when their 350mm ventilated Brembo discs brakes brought all three cars safely to a stop.

With full approval granted in conjunction with the Cornwall Airport Newquay Safety Management System and in coordination with air traffic control, the three Kia Stinger GT S models took to the same strip on which a recent land speed record practice had taken place.

This week Kia is staging the launch of the entire Stinger range in Cornwall. The five model line up is priced from £31,995 with the range topping GT S costing £40,495. 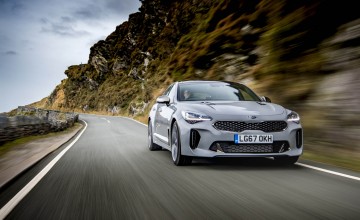 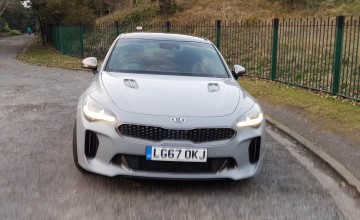