By Maxine Ashford on 2017-11-19 - Maxine has been a journalist since the late 1980s and for the past 13 years has specialised in motoring. Former motoring editor at Media Wales responsible for the Western Mail, South Wales Echo, Wales on Sunday. Freelance since 2009, Maxine loves cars but not quite as much as rugby! 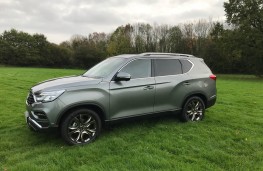 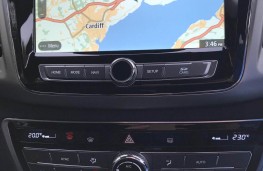 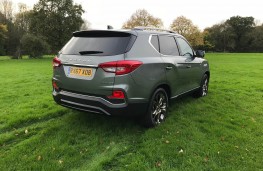 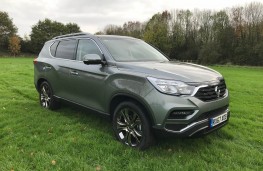 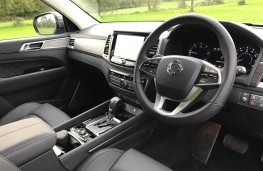 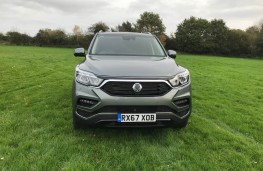 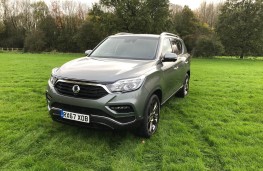 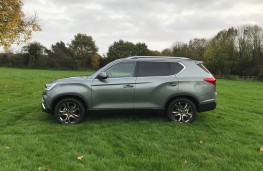 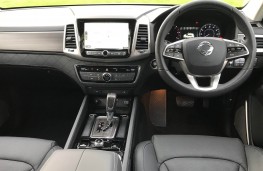 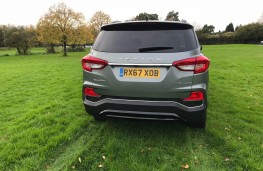 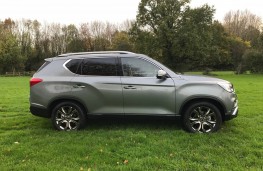 MENTION the name SsangYong and it will generally be met with puzzled looks.

Many people are still unfamiliar with the brand and those that are believe the company has a reputation for developing cheap and cheerful cars that lack refinement.

However, that changed when the latest Korando was launched and to prove that the South Korean marque is really serious about upping its game, the all-new fourth generation Rexton really is a class act.

It still boasts a competitive asking price starting from Â£27,500 and it still possesses all the off-road capabilities associated with the Rexton label - but, and it's a very big but, the new Rexton is packed to bursting with technology, creature comforts and all the latest infotainment systems making it an SUV to compete with the big guns.

There's a choice of three trim levels, EX, ELX and the range-topping Ultimate and there is just one powertrain - a 2.2-litre 179bhp turbo diesel engine - with either manual or automatic transmissions and five or seven seat configurations..

The five-seat Reston Ultimate priced at £37,500 has a Mercedes-Benz seven-speed automatic transmission and can power its way to 60mph from a standing start in 11.9 seconds, maxing out at 115mph.

According to official figures, it can deliver combined fuel economy of 34.0mpg with carbon emissions of 218g/km.

The new Rexton is a larger-than-life car that is big on character and guaranteed to attract attention thanks to its huge dimensions (it measures 4.85 metres in length), along with its bold, rugged, go-anywhere stance.

The cabin oozes class and is further proof that SsangYong has moved upmarket with quilted nappa leather seats that have eight-way powered adjustment (six-way adjustment for the passenger), heated seats front and rear, a leather covered steering wheel which can be heated, mood lighting and plenty of soft-touch materials and smart woodgrain trim.

Infotainment needs are well catered for thanks to the six-speaker sound system with DAB radio, Bluetooth, smartphone connectivity via Apple CarPlay and Android Auto and a 9.2-inch high definition touchscreen with TomTom navigation and a rearview camera.

When it comes to performance, the latest Rexton is impressive too. The acceleration through that super seven-speed automatic gearbox is ultra sharp and there is ample power on tap at all times.

The road-holding is confident and assured and even when pushed into tight bends there is little sign of any body roll.

Noise levels do go up considerably when driven hard and you will hear a fair amount of wind noise, but it is worth remembering that the Rexton is an SUV at the larger end of the scale.

Even in town centres the Rexton proved to be quite agile although a very large parking space will be required.

Comfort levels within the cabin are excellent and the back seats can easily accommodate a trio of adults.

Luggage restrictions will never be enforced either as the boot has a capacity that ranges from 820 litres to a whopping 1,977 litres with the 60:40 split folding rear seats dropped flat.

Elsewhere there is a generously-sized glovebox, door bins front and back that can hold water bottles, a deep central bin, pockets in the back of the front seats, cup holders and a handy tray.

The driver benefits from an elevated position and the view through the large rear window is possibly the best I have come across. However the over-the-shoulder view is rather obscured by a chunky handrail to assist back seat passengers entering and exiting the vehicle.

My only other slight gripe was the information readouts that had some discrepancies. At one point the sat nav told me I was driving at 62mph, but the needle on the speedo along with the digital readout both claimed I was travelling at 68mph.

Although, I didn't venture off-road in the Rexton, the car is packed with driver aids and safety systems that make it a well-rounded 4x4.

It also has 3.5-tonne towing capabilities so would make light work of pulling large caravans or horse trailers.

All in all, the Rexton is a fabulous large SUV. 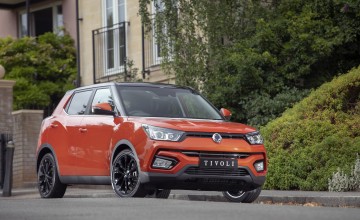 KOREAN car maker SsangYong is launching a special edition of its Tivoli...