By Chris Russon on 2017-11-20 - The driving force behind Eurekar. Chris heads up a team of motoring correspondents under the Driving Force banner. Prior to Driving Force becoming independent in 2010 he was Chief Motoring Editor for Trinity Mirror Regional newspapers. Chris has been writing about cars for almost 40 years. 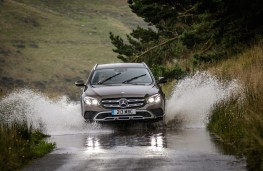 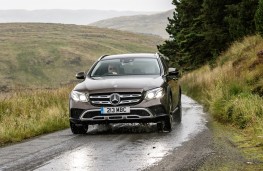 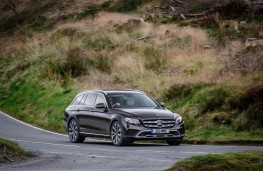 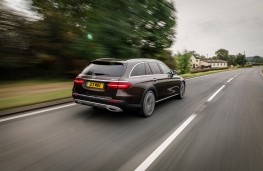 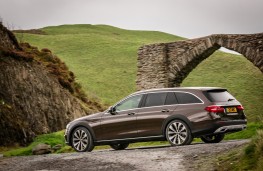 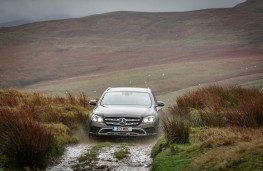 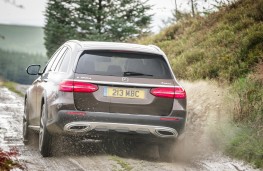 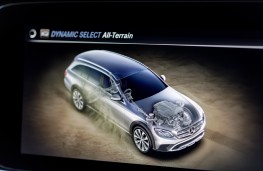 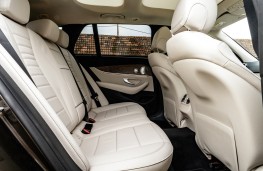 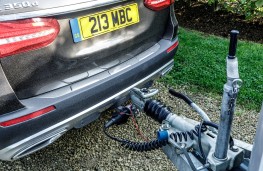 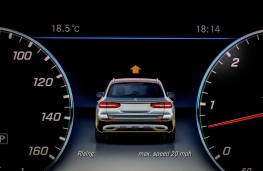 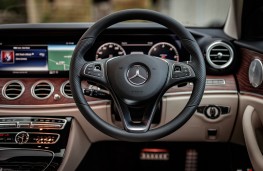 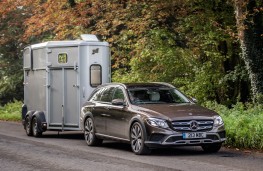 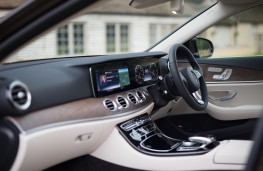 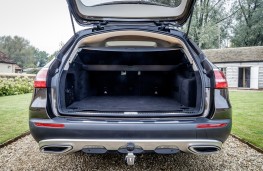 HEAVY duty estate cars have a point to prove in the current crossover climate and few can be more capable than the new Mercedes-Benz E-Class All-Terrain.

The pumped up version of the E-Class Estate is a luxury load lugger that blends everything required for modern motoring.

Priced from £58,880 the E-Class All-Terrain is as impressive in everyday conditions as it is towing a horsebox through mud and mire.

With the E-Class already acknowledged as the king of estate cars the so-called All-Terrain model ups the ante in no uncertain fashion.

Standing more than an inch higher than the standard estate, it sits on air suspension and 20-inch wheel shod with plenty of rubber to soak up the bumps.

Its electric 4x4 mode - developed from that found on the Mercedes GLE SUV - raises the chassis by the best part of another inch taking ground clearance to more than six inches.

The off road driving programme also modifies the car's traction and stability controls to deliver optimum grip as if by magic, enabling it to negotiate severe conditions without issue.

Additional information such as angle of attack and the position of the steering wheel can also be dialled up on the cockpit's wide display screens which stretch halfway across the dash.

To deliver even further control, manual gear changes are available via steering wheel paddle shifters and a surround-view camera system is on hand to help guide through any tricky bits.

The camera is also a boon when hitching and with a two tonne double horsebox secured to the standard-fit retractable tow bar we put the All-Terrain E-Class through its paces on the Yorkshire Moors.

Its pulling prowess is without doubt, limited only by ground clearance and the independent axle articulation of a full-blown off-roader.

That aside, this estate is a grade one compromise between an executive class sports model and a big SUV.

On the road its manners are out of the top drawer and the 4Motion all-wheel-drive system becomes a bonus in any of the five drive modes which range from sport to eco configurations.

The All-Terrain comes in one specification only and is powered by a 3.0-litre V6 diesel developing 258bhp with a powerful 628nM of torque on tap from as low as 1,400 revs.

That adds up to lively performance for a two tonne estate car with a 0 to 60 acceleration of 6.2 seconds and a top speed limited to 155mph.

The handling is akin to that of a sports saloon and that's another feather in its cap.

With cargo space ranging from 640 to 1,820 litres the E-Class is the biggest estate car currently on the market and its towing limit of 2.1 tonnes makes the All-Terrain version immensely practical.

Apart from the raised body height, the only difference between the looks is some additional body protection front and rear and over the wheel arches but nothing ostentatious.

Compared to others - and Volvo and Audi both have rugged estates in their line ups - the Mercedes 4Matic 4x4 system coupled to a nine speed auto transmission gives it an edge. It's still a soft roader but one that is crossing into the hard core league of proper mud-pluggers.

If there is an issue it is with fuel consumption and while Mercedes may claim an official 41.5mpg with emissions of 179g/km for the E350 d All-Terrain we struggled to reach 30mpg on the road. Off road and towing it was even thirstier.

Allow for that and factor in the plus points - which include a luxury leather clad interior that is almost incongruous for a car designed to get dirty - then this is not just a Mercedes with attitude but one with a tremendous amount of class.

For those not wanting the bulk of the likes of a Range Rover or an Audi Q7, the All-Terrain E-Class has more than enough about it to do the job while retaining all the prestige associated with Mercedes.

DRIVERS in some German cities will soon be able to rent a Mercedes-Benz that...

I NEVER really hankered after a Mercedes E-Class except for just one model... 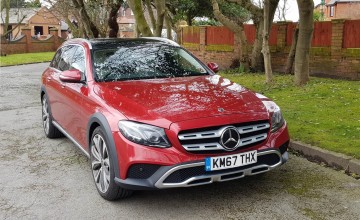 PUMPING up an estate car may not be the most original move - but it still...