By Stewart Smith on 2017-11-21 - Stewart was the former motoring editor of the Coventry Telegraph and is now a freelance contributor to Eurekar. He is based in Scotland and specialises in First Drive reviews. 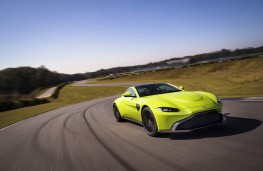 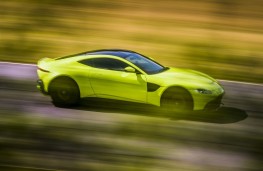 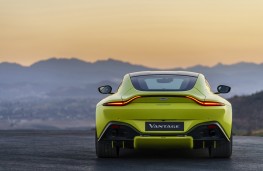 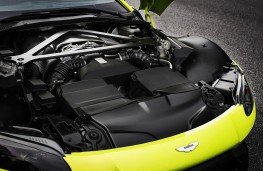 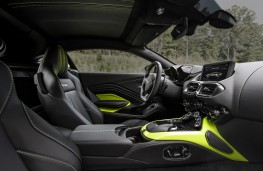 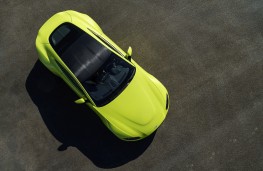 THE name has been around for seven decades but Aston Martin is about to create a new chapter in the Vantage legend with an all-new model.

It's on sale early next year and the company is describing it as the ultimate in style and muscular power.

At the heart of the new Vantage is Aston Martin's new alloy, 4.0-litre twin-turbo V8 engine.

It has been set low and as far back in the chassis as possible for optimal centre-of-gravity and perfect 50:50 weight distribution.

It produces a whacking 510bhp making it capable of accelerating from 0 to 60mph in 3.5 seconds and on to a maximum speed of 195mph.

Emissions are rated at 245g/km which equates to an average of 22.3mpg.

The new Vantage employs a suite of integrated electronic systems to offer maximum control and driver enjoyment. These include dynamic stability control and dynamic torque vectoring.

For the first time on an Aston Martin the new Vantage also features an electronic rear differential linked to the car's electronic stability control system, so it can understand the car's behaviour, and react accordingly to direct the engine's power to the relevant wheel.

As far as appearance goes the new Vantage comes with a predatory stance, while the minimal front and rear overhangs, muscular flanks and broad haunches express the agility and dynamism inherent within the car.

New head and tail lights give the Vantage unmistakable road presence and contribute to a strong and individual identity within the growing Aston Martin model range.

Aston Martin president and chief executive officer, Dr Andy Palmer, said: "It speaks volumes for the outgoing Vantage that it is the single most successful model in Aston Martin's history. Creating a worthy successor has been a challenge to relish and a huge source of motivation.

"I'm enormously excited by what we've created: a new Vantage that's more explicit in looks and intent, wrapping heart-pounding performance and dazzling dynamics into an everyday usable package. A true sports car with a sharper look and a keener dynamic edge, the new Vantage is the Aston Martin pure driving machine enthusiasts have been waiting for."

In the UK the new Vantage will cost £120,900 deliveries are scheduled to begin during the second quarter of 2018.