By Edward Stephens on 2017-11-24 - Edward edits the motoring pages of the Birmingham Mail and Birmingham Post as a freelancer after more than 35 years on the staff. Also writes on motoring for various other newspapers, trade magazines and well known websites. 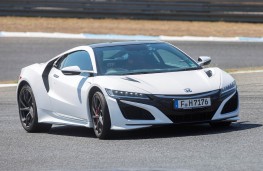 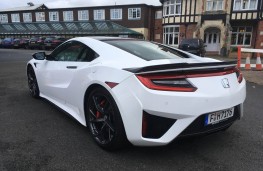 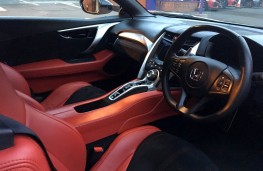 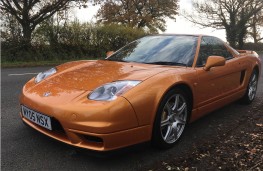 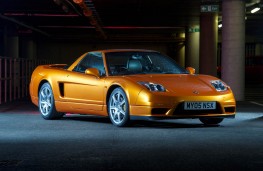 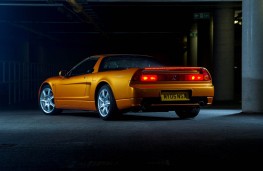 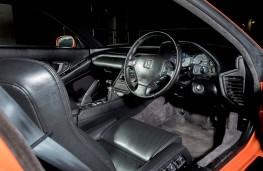 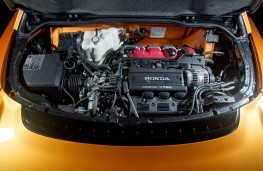 IT'S hard to believe that until the launch of Honda's new NSX supercar the model had been out of production for 12 years.

Back in 2005 there had been plans to launch a new high tech version of what many saw as Honda's answer to Ferrari, but then the recession bit and plans were put on hold.

But after more than a decade the NSX is back, and you can now place your order for one - if you have a cool £150,000-plus to spare and are prepared to wait 12 months.

The new car was launched last summer but with just 100 models destined for the UK there was an instant sell out.

The second allocation is even smaller - just 50 cars - and these will be with their lucky owners around the middle of next year.

Automotive advancement has come on a pace during the NSX's wilderness years, as was obvious when I had chance to drive one the last of the 2005 models and a new 2017 version back to back.

For starters the power put out by the newcomer compared to its predecessor has rocketed out of all proportion, although it does now have three electric motors to back up its mid-mounted engine.

The 2005 model from Honda's heritage fleet that I drove was powered by a 3.2-litre V6 developing 280 bhp and capable of rocketing from standstill to 62 miles per hour in just 5.7 seconds on its way to a top speed of 168mph.

The new generation NSX, however, develops a whopping 581bhp from its 3.5-litre, twin turbocharged V6 propelling it to 62 mph in less than three seconds on its was to a top speed of 191 mph. And road cars don't come much faster than that.

And while the 2005 model has a six-speed manual gearbox it's 2017 equivalent has a nine-speed automatic box.

The design of the new car is stunning, prompting double takes from most pedestrians I passed while at the wheel.

Inside too the NSX is totally different yet friendly and cosseting. You sit very low to the ground and the cabin wraps around you. A supercar it might be but it's one which is far from intimidating or even difficult to drive, once you get used to its set up.

There is no conventional gear shift, for example. Moving from drive to park or reverse is simply a matter of pressing the right button.

You have a choice of four driving modes too, Quiet, Sport, Sport+ and Track, each of which alters the transmission, chassis response, engine sound and the proportion of electric motor/engine use.

But whichever mode you opt for the NSX is astoundingly quick and you need to keep a wary eye on the speedometer to ensure you don't have a blue light flashing in your rear view mirror.

The nice thing about this car is, however, being four-wheel-drive it can put all that the power to the road without any unnerving twitchiness so it's a supercar you can relax with and enjoy driving on a daily basis.

Don't expect to be able to pack for a long holiday, however. The boot will just about hold a decent picnic basket.

Back in 2005 there must have been more demand for boot space as the earlier NSX was quite capable of housing a good sized suitcase while still offering a cracking drive.

The interior was spacious too with a dramatically sloping windscreen set well in front of the driver.

But this was the supercar that Honda demanded should be as at home on the roads as on the track, and it's that same philosophy that has filtered down to its latest and very worthy successor.

It's just a pity the NSX is so scarce. 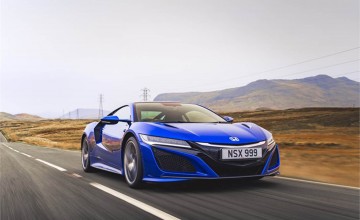 THE Honda NSX is a show stopper whichever way you look at it.I was lucky enough... 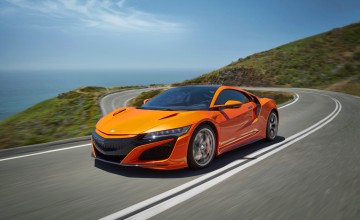 THE insanely-hot Honda NSX has had a make-over and it's handling is now better...

HONDA is upgrading its NSX supercar to bring the hybrid into line with the...