By Jon Smith on 2017-11-26 - Jon is a senior motoring journalist with a background writing for weekly/provincial daily and national newspapers and magazines. He has held executive news and features positions in Fleet Street and evening titles. Former Pirelli Motoring Writer of the Year winner. Currently specialising in product launches, safety issues, car tests and future motoring trends. 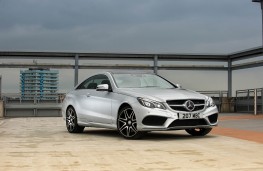 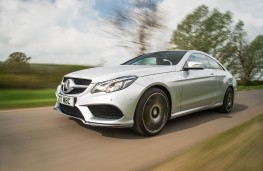 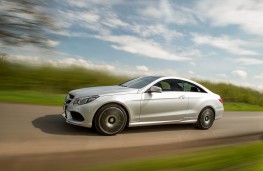 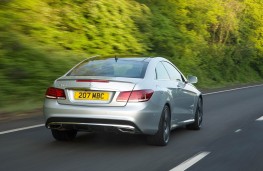 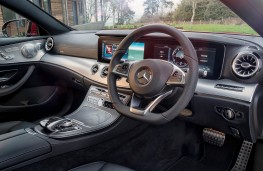 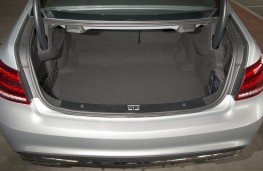 NOT so many models sport the once-popular initials GT these days.

Maybe it's because the tag became over-used. And maybe the abbreviation for ‘grand touring' was abused by makers of mildly hot hatches and saloons plastered with GT badges and the inevitable silly spoilers.

The original concept of a grand tourer was an elegant coupe with graceful lines, a long bonnet, a good-sized boot and an inexhaustible capacity to swallow up the miles at indecent haste.

Well, a car that impeccably fits this brief - yet paradoxically isn't called a GT - is the latest Mercedes-Benz E-Class Coupe.

Its smooth, rounded lines and squat stance suggest speed and power even at standstill. It's big enough to carry four real-size people, yet small enough to enjoy flinging around twisty lanes, or more appropriate for a true grand tourer...to adeptly negotiate a corkscrew mountain pass.

There are several engine options, and I chose to take a middle path by driving the E300 AMG Line Coupe, a petrol turbocharged two litre which is swift enough to need an electronic limiter at 155mph.

But outright pace isn't the name of the game here. In fact, there are a number of racy hatchbacks that can better the test car's 6.4 second dash to 62mph, but none can come close matching the Merc's panache, style or refinement.

The latest E-Class is slightly longer and wider than the outgoing version, and it looks - and feels - better planted on the road.

On a long run the E300 eats up the miles crisply and easily as the nine-speed automatic gearbox works in tandem with the punchy two-litre engine. It's a four cylinder, so not as silky smooth as a six-pot and you can hear the revs building which rather decreases the overall svelteness of the experience.

Sharp steering and a well controlled composure play their part in making the car comfortable for passengers and satisfying for the person in the driving seat.

Vertical suspension movements are well damped and for such a comfortable-riding coupe, there's remarkably little body roll during fast cornering.

The cabin is a thing of beauty cleverly blending the classic with the modern. Attractive inserts lift the facia and stand out from the dark, high quality mouldings.

The dials and the central huge 12.3-inch screen are both easy to read and look good. Electric controls for the front seats, which are heated, are set in usual Merc fashion, on the door panels.

The price you pay for a large coupe is rather wide doors to help access to the rear. And the consequence is supermarket parking, where it can be a struggle to open the heavy doors wide enough to exit.

I loved the opening panoramic glass sunroof, which was part of a £3,894 package which also included keyless ignition, surround sound, multibeam LED lighting and a memory package for the seating.

Parking sensors, sat nav and leather upholstery are all standard features, as are 19-inch alloy wheels.

The E300 isn't as frugal as the less powerful diesel model, but most owners will squeeze at least 34 miles out of a gallon during real life conditions which is pretty useful for a spirited, large coupe.

Painted in a luxurious lustre the E300 looked far more expensive than the £40,470 asking price. Several friends gave it a price tag of at least twice that amount. 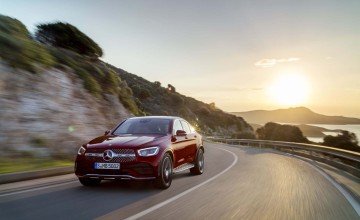 ONLY a few weeks after revealing its new GLC SUV Mercedes-Benz has now... 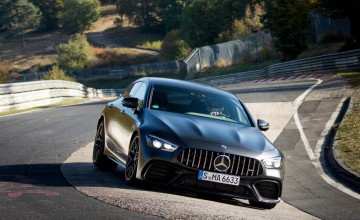 A NEW lap record for a four seat production car has been set in the ‘Green... 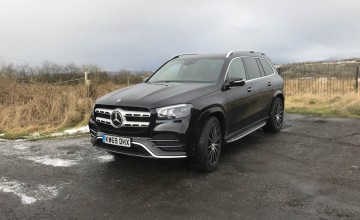