By Chris Russon on 2017-11-27 - The driving force behind Eurekar. Chris heads up a team of motoring correspondents under the Driving Force banner. Prior to Driving Force becoming independent in 2010 he was Chief Motoring Editor for Trinity Mirror Regional newspapers. Chris has been writing about cars for almost 40 years. 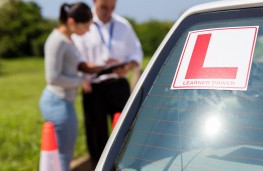 CHANGES to the driving test to include the use of satellite navigation systems are at odds with current driving trends, according to a new survey by Continental Tyres.

A study of 2,000 drivers revealed that half of all young motorists now use a mobile phone for navigation rather than an in-car system.

As a result, most wanted to see a revised driving exam that is more focused on safety such as understanding the laws around mobile phones (64 per cent) and routine checks including the minimum tyre tread depth (57 per cent). Checking oil and other fluid levels were also rated as important.

The survey fuels debate about the new test which has already prompted driving examiners to threaten to strike on December 4 - the day the changes come into force.

Mark Griffiths, safety expert at Continental Tyres, said: "Our research found that six in ten people are unaware that the driving test is about to change but when prompted people clearly want a different focus as well as regular test reviews."

The extent of the issue was revealed as one in eight people admitted having a phone in their hand or lap when following driving directions.

The revisions to the driving test - only the eighth time it has been updated since tests began in 1935 - also include an end to the so-called three-point turn and reverse around a corner manoeuvres which are to be replaced with one of three possible reversing exercises, including parallel or bay parking.

There will also be a longer section of independent driving and a question and answer session to assess when it is safe to carry out certain functions such as switching on the wipers or opening a window.

Mr Griffiths added: "It is clear to see that people want the new test to support improved road safety and deliver good driving practice as well as test skills. It's good to know people want a stronger focus on safety checks, like how to check tyres, as well as the safe and legal use of mobile phones while driving."