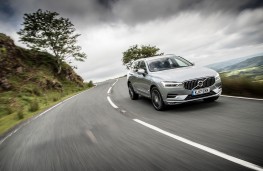 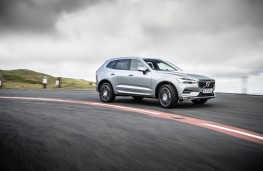 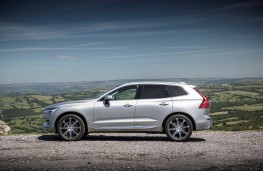 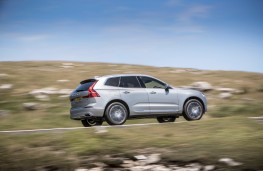 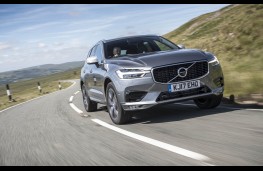 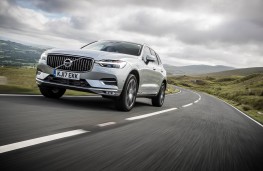 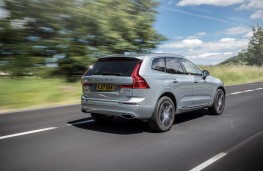 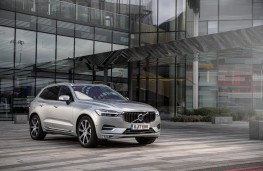 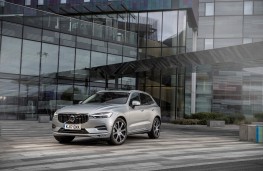 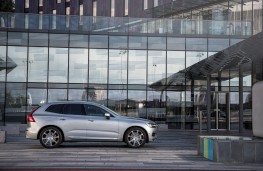 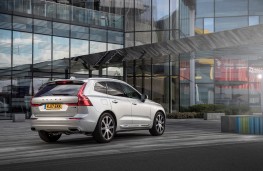 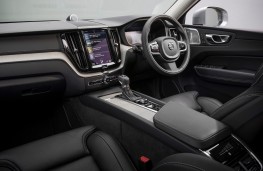 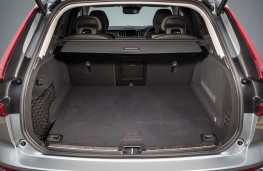 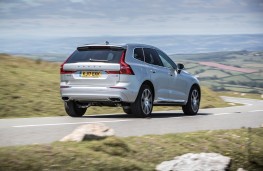 THERE appears to be no letting up on the new model Volvo conveyor belt now that the Swedish company is under Chinese ownership.

It's a move which has seen a distinct move up market in the Sports Utility Vehicle sector.

After the big XC90 SUV second generation model appeared a couple of years ago the slightly smaller XC60 SUV second incarnation has arrived and early next year an all-new small medium sized XC40 will debut.

Although naturally different in size all three Volvo SUV ranges share the same philosophy of offering quality finished cars inside and out that are more than on a par in terms of engineering, technology, safety and comfort with their German-made rivals.

Volvo has come a long way since the mid Seventies when they linked up with the small Dutch DAF car maker to produce dinky models like the DAF 44, 55 and later the Volvo 65 and 343.

A prime example of where Volvo stands today is with the new XC60 which in reality offers the best of both SUV worlds with it being medium sized but with plenty of interior space, really comfortable seats and all the latest mod cons in terms of in-car technology and quality engineering.

Driving the latest XC60 D4 AWD Momentum, which comes in at a realistic Â£37,205 for a car in this class, it's easy to see why the Chinese bosses at Volvo's new owners Geely have allowed the various teams back in Sweden to get on with the job and produce such quality models - something they were unable to do previously under their brief ownership by Ford.

Like other current Volvo models the XC60 is offered with a choice of either D4 or D5 2.0-litre turbo diesel engines and there's even now a plug-in hybrid in the range.

The D4 190bhp engine in this car has to be one of the quietest oil burners in any current SUV - it's even more refined and quieter than the Audi or BMW model rivals.

With a choice of three trim levels available - the entry-level Momentum followed by the R-Design and finally the admittedly quite expensive range-topping Inscription - there's a model to suit most drivers' budget in the premium SUV sector.

The entry-level Momentum is certainly good value for money particularly when weighing up the quality and finish inside and the high level of standard equipment.

This includes a nine-inch console touchscreen that looks after the infotainment, navigation, climate control and much more and crucially it's so easy and quick to use, something you can't always say about rival models.

Also included in the standard line-up is a Sensus navigation system with full Europe mapping for those intending to cross the English Channel plus a Sensus Connect system that links the car up with web apps, Internet and the like and being a Volvo it's packed to the gunwales with safety features.

Sitting on 18-inch alloy wheels the XC60 Momentum, whilst perhaps not as sporty to drive as some of its rivals, is surefooted, corners well with little body roll and is really the ideal long distance cruiser.

With a delightful eight-speed automatic gearbox with such swift and slick up and down movement when changing gear and exceptionally comfortable seats offering excellent all round lumbar support, driving some 400 miles in a day was child's play.

The XC60 is one of the best SUV long distance cruisers around and at motorway speed it still returned 51.1mpg.

Keeping it comfort mode is the answer for such long drives but those drivers wanting a little more there's a dynamic mode which stiffens everything up.

All round visibility is good as with most of today's SUVs and there is good head and leg room in both the front and back - note though there is no seven-seater with the XC60 only in the bigger XC90.

Boot space is decent enough at 505 litres shooting up to 1,432 litres with the rear seats folded down.