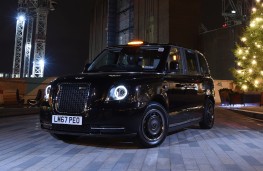 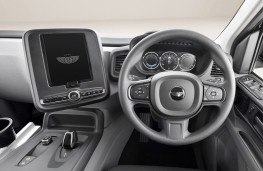 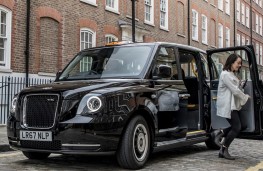 THE first of a new generation of eco-friendly London taxis has been given the green light to start taking fares.

The new TX electric taxi - built in Coventry at the London EV Company works - has an emission free range of up to 80 miles and is seen as a major step forward in improving air quality on the capital's streets.

A plug-in hybrid, the TX taxi has been devised by Chinese auto group Geely, which also owns Volvo as well as LEVC.

With a 1.3-petrol engine mated to the electric powertrain the new cab has an overall range of some 400 miles. The engine is used as a generator allowing the taxi to run with low emissions at all times.

It can seat six passengers and is fitted out with power sockets for laptops, USB ports and on-board Wi-Fi making it the world's most advanced taxi.

The first wave of cabbies to make the switch to electric will be taking delivery in the next few weeks and the TX taxi will be available to hail in advance of the January deadline when all new London taxis need to be zero emission capable.

The new taxi has been developed to meet the most stringent crash tests and has been evaluated in extreme conditions across the world.

LEVC, formerly the London Taxi Company, is based in Ansty Park, Coventry where Geely has invested more than £315million to create the new generation of electric taxis.

More than 1,000 jobs have been created and the factory has the capacity to produce 20,000 vehicles a year.

Carl-Peter Forster, chairman of the LEVC, said: "There have been many milestones on this journey, from opening a brand-new factory in the heart of the UK - the first brand new automotive manufacturing facility in Britain for over a decade; the first dedicated electric vehicle factory in the UK - to today's announcement that our new TX has passed all certification tests and is now able to carry fare-paying passengers.

"It will save drivers money, bring new levels of comfort and convenience to those who hail one and provide the safest and cleanest way of getting around a city by taxi."

LEVC says the electric taxi will save drivers around £100 a week on fuel costs with further savings coming from longer service intervals of 25,000 miles, up from 12,000 miles.

A 60 per cent recharge of the batteries - enough for 50 miles EV operation - can be done in 45 minutes.

The TX is said to be quicker to repair resulting in less downtime and the batteries fitted to the cab are covered by a five year, unlimited mileage warranty.

With the 400 mile range a driver could take passengers from London to Edinburgh or Paris without needing to stop for fuel.

Chris Gubbey, LEVC's chief executive, said the TX taxi would become as iconic as the traditional London black cab, adding: "Better for passengers, more cost effective for drivers, it will play a major role in helping to improve air quality benefiting all Londoners."

Other features developed for the TX taxi including 90 degree opening for the rear doors, forward facing wheelchair access and the new vehicle also has an on-board sat nav to help drivers identify congestion and plan alternative routes. Future software updates will allow access to online charge-point maps and hailing apps for taking bookings