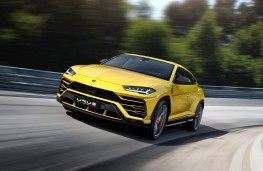 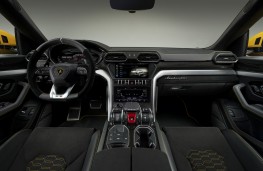 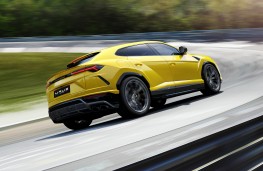 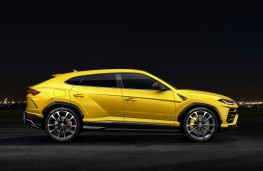 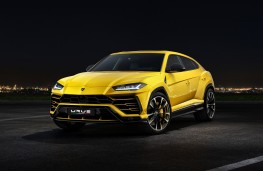 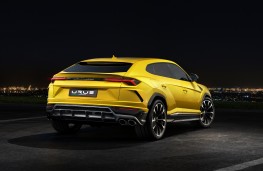 AN SUV with supercar credentials has been revealed by Lamborghini and will be on the market early in 2018.

Priced from Â£131,500 the Lamborghini Urus has been dubbed with world's first Super Sport Utility Vehicle.

It will be the third model in the current Lamborghini range and takes some of its styling from the legendary Countach and Murcielago models.

With a 0 to 60 acceleration of 3.6 seconds and a top speed of 190mph, the Urus is true to Lamborghini form yet with four-wheel-drive, clever traction systems and variable ride height it has genuine off-road ability.

Measuring 17ft in length and 5ft 5ins high, the Urus can be specified either as a five or four seat model and with a front mounted engine it has generous luggage space ranging from 616 to 1,596 litres.

As such it gives other high performance SUVs such as the Porsche Cayenne more than a run for the money.

The Urus - named after a Spanish fighting bull - makes use of a steel and aluminium body structure and weighs in at 2.2 tonnes. It is powered by a 4.0-litre V8 biturbo engine developing 650bhp with masses of torque at 850Nm mated to an eight-speed automatic transmission.

In similar vein to Lamborghini's sports cars, the Urus has four-wheel-steering which aids agility under all circumstances.

Six drive modes are configured in the software with specific settings for snow, sand and rough conditions as well as others designed for on-road performance.

They are selected via a ‘Tamburo' selector which is sited in the centre of a cockpit that resembles an aircraft flight deck such is the technology.

With adaptive air suspension the ride height can be raised from its 6.3-inch standard setting to 10 inches and the Urus can be specified with either 21 or 23-inch wheels.

Torque vectoring, active roll stabilisation and carbon ceramic brakes are other features and Lamborghini claims the Urus can not only reach 124mph from a standing start in just 12.3 seconds but can also stop from 60mph in less than 34 metres.

Fuel consumption is rated at 22mpg with emissions of 290g/km.

The luxury interior can be specified with a variety of hides and trim finishes while a 1,700 Watt Bang & Olufsen sound system is an option.

The car is fully connected with Apple CarPlay and Android Auto compatibility while much of the car's functions can be controlled from steering-wheel-mounted buttons with a customisable TFT instrument display.

Lamborghini says first deliveries of the Urus are scheduled to start in the spring.