By Stewart Smith on 2017-12-06 - Stewart was the former motoring editor of the Coventry Telegraph and is now a freelance contributor to Eurekar. He is based in Scotland and specialises in First Drive reviews. 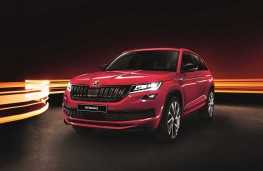 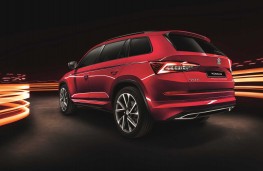 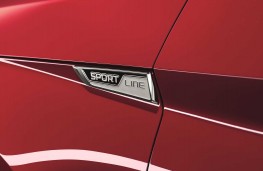 A MID-RANGE trim specification is being introduced by Skoda on its Kodiaq SUV range.

The SportLine model, unveiled at the Geneva Motor Show earlier this year, will be offered with six different engine and transmission options and will be priced from £32,685.

It will sit between the SE L and Edition models in the expanded Kodaiq line-up.

In keeping with other SportLine models in the Skoda range, the Kodiaq version features a design package that includes 20-inch anthracite alloy wheels as well as deeper front and rear sport bumpers.

The exterior is completed with a number of additional black details which include the radiator grille, roof rails, door mirror housings and side window trims.

Inside, the Kodiaq SportLine has a leather sports steering wheel, carbon effect dashboard and door inserts, along with Alcantara-trimmed sports bucket seats and door panels.There's also LED interior lighting and a SportLine plaque with the cockpit finished in black trim.

There is a choice of four engines, two petrol and two diesel, with power outputs ranging from 150bhp to 190bhp.

All four are equipped with Skoda's four-wheel drive transmission as standard, with DSG gearbox fitted as standard on the more powerful 2.0 TSI 180bhp and 2.0 TDI 190bhp models.

Both the 1.4 TSI and 2.0 TDI engines are available with the choice of manual or DSG.

Features exclusive to the SportLine are a colour multifunction trip computer, front parking sensors and an electrically adjustable driver's seat. 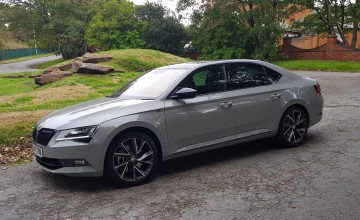