By Chris Russon on 2017-12-07 - The driving force behind Eurekar. Chris heads up a team of motoring correspondents under the Driving Force banner. Prior to Driving Force becoming independent in 2010 he was Chief Motoring Editor for Trinity Mirror Regional newspapers. Chris has been writing about cars for almost 40 years. 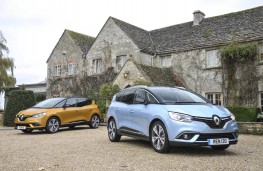 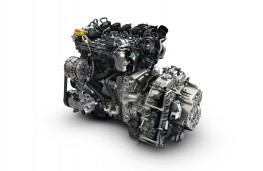 WITH sales of diesels continuing to stutter Renault has announced a new turbocharged petrol engine which delivers greater fuel economy and better performance.

The new 1.3-litre engine - developed in conjunction with Nissan, Mitsubishi and Daimler - will first appear early next year in the Scenic and Grand Scenic MPVs.

Eventually, it will be rolled out across the Renault range.

The 1.3-litre engine will come with three power outputs of 115, 140 and 160bhp with automatic transmissions optional on the two higher powered units.

These are reductions of between seven and 11g/km compared to the previous petrol powered models.

Consumtpion figures for the 160bhp engine in both manual and automatic formats are the same.

Philippe Brunet, powertrain director for the Renault Alliance, said: "Our new petrol engine embodies all the expertise of Groupe Renault's engineers, the Alliance and our partner Daimler.

"It meets the quality standards of both the Alliance and Daimler, with more than 40,000 hours of testing. Compared with the Energy TCe 130, the new Energy TCe 140 delivers 35Nm additional peak torque which is available across a broader rev band, from 1,500rpm to 3,500rpm."

Acceleration is also improved with even the lower powered TCe 115 Scenic achieving 0 to 60 in 11.3 seconds - a second quicker than the current 1.2-litre model.

The new engine, which will be produced at Renault's Valladolid factory in Spain, uses a cylinder coating technology originally developed for the high performance Nissan GT-R and a higher pressure direct injection system.

On the Continent, the first of the new Scenics will be available in mid-January. Dates for deliveries and prices of the new models in the UK have still to be announced.