By Ian Johnson on 2017-12-07 - Ian has been a member of Driving Force since its inception. He began his career in journalism in 1962 on the Cheshire Observer and took over the paper's motoring column in 1966. Specialist areas include classic cars, product launches and automotive comment. 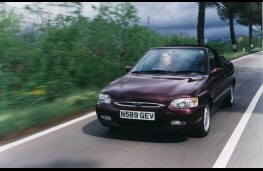 IN 1995 the last version of a Ford icon emerged.

The sixth series of the Escort was unveiled and marked the final fling of a model that was the darling of the family motorist and rally enthusiast alike.

The Ford logo moved from the right to the centre of the boot, except for the van and convertible models.

Following heavy criticism of low quality plastics, the interior of the car was revised with an all-new dashboard of higher quality construction.

The development programme for the Escort had been co-ordinated with an American initiative which began as a response to the forthcoming Chrysler Neon.

There was even talk of the Escort becoming a global car like the Toyota Corolla but it proved just a dream.

The Neon was not as bright a star as was anticipated and the Escort continued in its own inimitable way In Europe.

But you could not escape from the fact that the Escort of the day was based on a five-year-old version and it was facing some rivals that were much more modern.

Ride and handling were much improved and the car was much more refined. There was even a cabriolet as well as estate versions.

The amazing Escort took the route into the history books in 1998 when the much more modern Focus appeared.

This signalled the end of a 30 year production run embracing 20 million cars.

But although officially replaced there were still Escort Flight and Finesse special editions in dealers for two years afterwards, selling in parallel with the Focus.

HOW many people ever take their 'off-roader' off road? You suspect the honest... 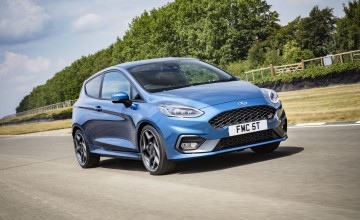 Ford Fiesta ST the best yet

WHEN can you call a Ford a triumph? When it's the new Fiesta ST.Andy Barratt,... 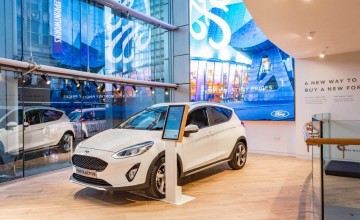 NEXT step in retail for Ford

FORD has launched a new retail experience in the refurbished flagship Next...