By Chris Russon on 2017-12-10 - The driving force behind Eurekar. Chris heads up a team of motoring correspondents under the Driving Force banner. Prior to Driving Force becoming independent in 2010 he was Chief Motoring Editor for Trinity Mirror Regional newspapers. Chris has been writing about cars for almost 40 years. 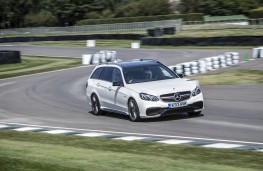 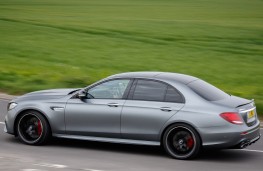 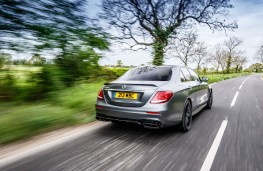 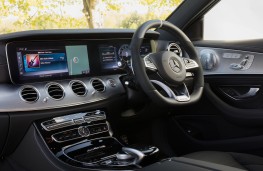 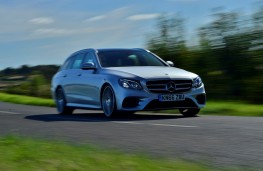 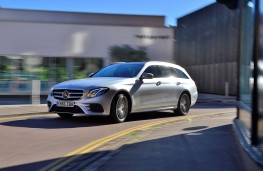 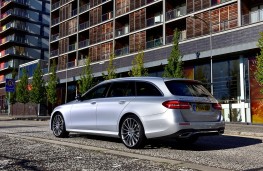 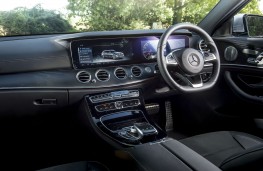 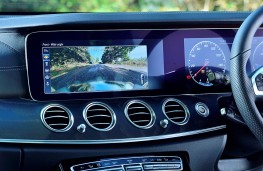 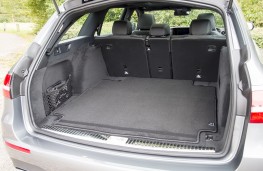 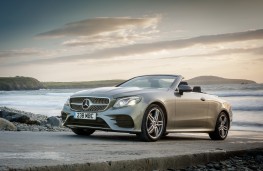 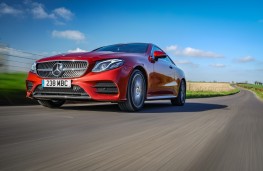 FOR many a driver the E-Class is the archetypal Mercedes-Benz.

It's big, assertive, luxurious and powerful - all hallmarks of the brand that is the daddy of all car makers.

The E-Class is also something of a trailblazer for Mercedes. The high tech, twin screen dashboard that's now a feature of the flagship S-Class limousine for example, made its debut on the E-Class.

Introduced in 1993 as the executive grade successor to the W124, the E-Class is now a car of the world and living up to a reputation as the most varied model in the entire Mercedes range.

From saloon to estate, coupe to cabriolet and on to a mighty V8 AMG muscle machine, the E-Class caters for all.

There's even an SUV alternative in the line up in the shape of the All-Terrain Estate - and as estate cars go there's nothing bigger than the E-Class.

To sample the breadth of what Mercedes has to offer in its medium sized model we have just driven the E 220d estate in base SE trim and the awesome AMG E 63 saloon back to back.

The estate costs from £38,655 and the E 63 from £79,130 and the models we tried came in at £48,285 and £92,100, their prices boosted by features such as high end navigation and communications systems and self-drive semi-autonomous driving modes.

On paper the two are at absolute opposite ends of the spectrum - one's a diesel-engined load lugger and the other a super sports saloon capable of accelerating 0 to 60 faster than a Ferrari.

In reality, both are astonishing performers such is the standard of engineering and all round refinement.

Both are nine speed automatics - manuals are a thing of the past in the latest E-Class - although paddle shifters are there if wanted.

Where it excels is fuel economy and officially it is rated at 72.4mpg with emissions of 109g/km. On our run it averaged 56.5 to the gallon which is a splendid return from a car with cargo space to rival a van.

The luggage capacity of the E-Class estate ranges from 640 to 1,820 litres which puts it in a league of its own as the heavyweight champion of its class.

So is the E63 but this is more Usain Bolt than Anthony Joshua.

What makes this saloon - hand-honed by specialists at AMG - so special is its twin turbo 4.0-litre V8 engine pumping out almost three times the power of the diesel.

There's 571hp to go at and more torque than a Range Rover giving it blistering credentials of 0 to 60 in 3.5 seconds, quicker than a Ferrari California. Top speed is 186mph - and that's electronically restricted.

It's all-wheel-drive, has a gearbox of its own to give greater response and comes with air suspension that's set up to keep it flat when manoeuvring.

This one also had a performance exhaust system among its fitted options - it costs Â£1,000 - which creates a sound of thunder under acceleration when running in sport mode.

Despite its breathtaking abilities, Mercedes claims the E 63 is good for 31 to the gallon with a CO2 figure of 207g/km and over the same route as in the estate we recorded 26.4mpg. That has to be applauded given the car's performance.

The real surprise was the similarity between the two under everyday driving conditions. Both felt absolutely accomplished while cruising, with power on tap as required.

That speaks volumes for the diesel, especially given its fuel return.

Mercedes describes the latest E-Class as the most intelligent executive car on the market and all are festooned with advanced safety aids, LED lights and have the option of being fitted with the semi-autonomous Drive Pilot system, a super cruise control set up which monitors everything around the car to make driving easier.

The current car is the fifth generation model and it's light years ahead of its predecessor such is the pace of technological advances Mercedes is making.

Seldom has one model been given so many facets and with such a breadth of ability the E-Class stands alone in today's luxury league.